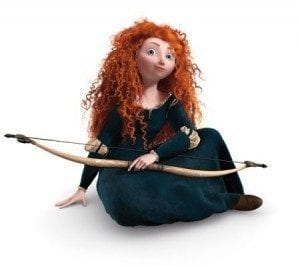 Opponents of makeover twist what should make someone feel beautiful

Disney had been thought to taking a step in the right direction. People believed that by recognizing Merida from “Brave” as the 11th Disney princess, they were finally accepting a new version of womanhood. But Merida’s “makeover” is raising some red flags.

When “Brave” entered theaters, people praised Disney for moving away from the traditional princess. Merida is feisty, adventurous, and independent. Everything that princesses like Snow White and Aurora are not. The film even opens with Merida’s refusal to be “won” in an archery contest, showing her disregard for the idea that a princess waits for her Prince Charming.

Many looked at Merida as the first truly feminist princess. Kids loved her because she wasn’t a size two with perfect hair and make-up. She was a “real girl.” And that’s what the world has almost been begging Disney to make. Now people see her as thinner, sultrier and with a lower neckline.

At least, that’s what people are saying. I do not see as much of a difference as people claim there is. In my opinion, it’s mostly the drawing style that’s making the changes feminists are so up in arms about.

Everyone has to admit that there is a difference in how Disney/Pixar movies are rendered and how normal Disney movies are rendered. Pixar’s have a much more 3D style of drawing. Changing something from 3D to traditional drawing styles is bound to emphasis certain aspects of the human body. The technique requires it.

But ultimately it doesn’t matter if Disney made these specific changes to Merida. The big issue centers on what message Disney is sending to young girls. Disney is so often condemned for promoting a specific type of “beauty.” But isn’t condemning the makeover doing the same thing?

Saying that Merida is now a poor role model because she’s thinner can be a huge slap in the face to girls who are small. All that’s doing is shifting the stereotype of what is beautiful. It doesn’t help girls of all sizes maintain a healthy body image.

Instead we should look at Merida’s makeover like we do any other makeover. It’s just an external change. Merida is still Merida at the core. She’s still independent and spunky. That’s what makes her inspirational for young girls. By focusing on the personality, we can change the entire concept of beauty. And that’s what needs to change, not the way Disney draws its princesses.