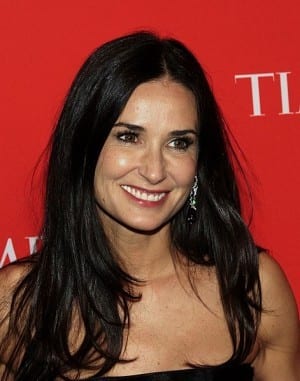 She’s ready to get healthy and get back to work

Demi Moore is back in Los Angeles after a brief stint in rehab.

Demi Moore was hospitalized in January after suffering a seizure. She had reportedly been “smoking something” similar to incense beforehand.

She then checked herself into a rehab clinic in Utah, and followed up with a therapeutic trip to the Caribbean. An assistant to Demi Moore said that the 49 year-old actress received treatment for exhaustion at the clinic, but other insiders have said that she had been treated for an eating disorder and substance addiction.

Now, Demi is back in L.A. and ready to get back to work. She was slated to play Gloria Steinem in the biopic Lovelace, but gave up the role due to her personal issues. Sarah Jessica Parker will now take on that role.

People close to Demi Moore have said that Demi is ready to take on some small projects, and that she is committed to getting better.

Ashton Kutcher visited Demi Moore at her Beverly Hills home before she took off to the Caribbean, but don’t expect the couple to get back together. Kutcher took three friends with him to visit his estranged wife, and he has recently been spotted with a new girlfriend, Lorene Scafaria.