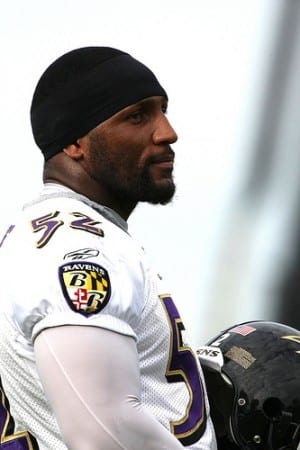 Lewis maintains he has passed every drug test during his career

Deer antler velvet extract, which is included in a spray sold by Sports with Alternatives to Steroids (SWATS), may have been used by Baltimore Ravens linebacker Ray Lewis, according to Sports Illustrated in an article published Tuesday.

According to Sports Illustrated, Lewis conducted a phone call with SWATS owner Mitch Ross and inquired about deer antler velvet spray shortly after he suffered a torn triceps muscle injury during the sixth week of the season.

Deer antler velvet spray includes a protein called IGF-1 that is banned by the NFL. However, according to Ravens coach John Harbaugh, Lewis has passed every substance test he has taken during his career.

According to Ross, in an interview with ESPN, Lewis used every product SWATS has to offer, including deer antler velvet spray, and was following a plan Ross set up for him.

Lewis told reporters that he has used products from SWATS but that his only tie to the company is through past coach of Oakland Raiders Hue Jackson. According to ThePostGame.com, Jackson was advised by the NFL to cut all ties with SWATS due to their marketing of products containing the NFL-banned IGF-1.

The phone call Sports Illustrated refers to includes Lewis telling Ross, “Just pile me up, and just send me everything you’ve got, because I got to get back on this this week.”

When questioned about the use of deer antler spray by reporters Tuesday, Lewis said, “Every test I’ve ever took in the NFL, there’s never been a question if I’ve ever even thought about using anything, so to even entertain stupidity like that… tell them to go try to get their story off somebody else.”

In addition to the controversy over the deer antler spray, Lewis was questioned over the misdemeanor obstruction of justice charge he pled guilty to when received in 2000 after the stabbing deaths of two men in Atlanta.

“Because of the sympathy I have for that family or what me and my family have endured because of all of that, nobody here is really qualified to ask those questions,” Lewis told reporters.

The Ravens continue to stand behind Lewis in refuting the allegations over the use of deer antler spray, IGF-1 or any other products prohibited by the NFL.