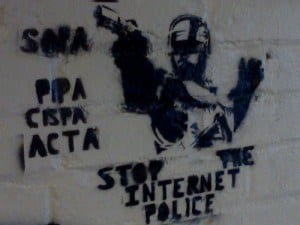 CISPA, the Cyber Intelligence Sharing and Protection Act, is intended to give private companies the agency needed to provide the government with cyberthreat information.

CISPA is controversial because opponents say the bill would override privacy policies in place at most websites and would allow the government to access personal information from Internet users.

The White House threatened to veto a version of this bill last year, and continues with the same threat, saying that CISPA does not provide enough privacy protections to citizens.

Tuesday, the Obama administration confirmed that President Barack Obama would veto the bill, should it pass the Senate.

The bill passed the House Thursday with a vote of 288 to 127 with 17 abstentions.

“Citizens have a right to know that corporations will be held accountable – and not granted immunity – for failing to safeguard personal information adequately,” the administration said.

A major proponent of the bill is Rep. Mike Rogers (R-Mich.), who stated that critics of the bill were mostly 14-year-old tweeters in their basements. In response, many Twitter users tweeted to Rogers, telling him their ages and above-ground locations.

Google, IBM and Intel support the bill, though Facebook is not completely in support of it.

Opponents of the bill include Mozilla, Reddit, the Electronic Frontier Foundation, and the American Civil Liberties Union.

Anonymous called for an Internet blackout on Monday to protest CISPA.

CISPA follows similar bills that failed to be passed last year, SOPA, the Stop Online Piracy Act and PIPA (Protect IP Act). On January 18, 2012, over 7,000 websites, including Wikipedia, Reddit and Google, participated in an Internet blackout to protest those bills.