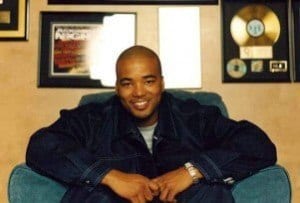 Chris Lighty, hip-hop manager and mogul, was found dead of a self-inflicted gunshot wound to the head yesterday at his home in New York City.

Police found Chris Lighty on his back patio next to a 9-mm pistol. He had reportedly been arguing with his wife, Veronica, before shooting himself outside of his home in the Bronx. Lighty’s daughter, 17, and son, 5, were in a nearby park when the suicide occurred.

Chris Lighty helped 50 Cent to stardom and managed Sean “Diddy” Combs, Missy Elliot and Mariah Carey, among others. He was also an executive at Def Jam, Jive and Loud and the Brand Asset Group. Chris Lighty was considered one of the most influential forces in hip-hop, helping to launch the genre’s commercial success during the 1990s and early 2000s. It was Chris Lighty who negotiated 50 Cent’s $100 million deal with Vitaminwater and LL Cool J’s 1997 commercial for Gap, launching hip-hop into the public pop-culture consciousness.

Veronica Lighty, who filed for divorce last year, told police that Chris Lighty suffered from debt, including $5 million owed to the . The Associated Press reports that while that debt was mostly paid off, the manager still owed more than $330,000 in taxes.

The stars whose lives Chris Lighty touched posted their condolences on Twitter. Sean “Diddy” Combs summed up the general mood in two words: “In shock.”