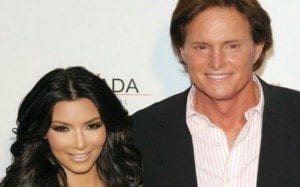 Olympic gold medalist and Kardashian family member, Bruce Jenner talked exclusively with Diane Sawyer to end speculation about transitioning from a male to a female when he announced during the two-hour ABC television special.

The announcement made Jenner the highest-profile people to publicly come out as transgender and he noted that he had been undergoing hormone treatment as part of the transition process from male to female for a year and half.

According to Nick Adams, the director of programs for transgender media at the gay rights organization Glaad, when a transgender celebrity comes forward with their story it contributes to teaching people about the challenges the transgender community faces.

“Every transgender person’s journey is unique, and by choosing to share this story, Bruce Jenner adds another layer to America’s understanding of what it means to be transgender,” said Adams in a statement.

Jenner’s children and stepchildren took to social media to share their support for Jenner, 65.

Kim Kardashian, 34, tweeted a day earlier: “Love is the courage to live the truest, best version of yourself. Bruce is love. I love you Bruce. #ProudDaughter.”

“So very proud of you, my hero,” wrote Kendall Jenner, 19, accommodated with a link to an Instagram image of a questionnaire she filled out in fifth grade, where, in answer to who she would be if she could be anyone, she wrote, “my dad.”

According to nytimes.com, E! will chronicle his transition through a documentary series that will begin broadcasting this summer.