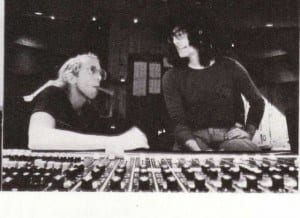 Bob Welch, the former guitarist for Fleetwood Mac, has died at the age of 65 due to a self-inflicted gunshot would, according to police.

Bob Welch was found by his wife in their Nashville home around 12:15 p.m., according to Don Aaron, a police spokesman.

Between 1971 and 1974 Bob Welch was a guitarist and vocalist for the legendary Fleetwood Mac.  He later went on to for the group Paris in 1976, reports The Christian Science Monitor.

Fleetwood Mac was inducted into the Rock-n-Roll Hall of Fame in 1998, but Welch was not included in the ceremony.

He was later stated:

“It basically comes down to the fact that they don’t like me anymore. I guess they can do what they want. I could understand it if I had been a sideman for a year. But I was an integral part of that band … I put more of myself into that band than anything else I’ve ever done.”

Bob Welch is the second member of Fleetwood Mac to pass this year. In January, Bob Weston, also a guitarist for the band also died.

Welch did indeed leave a suicide not and had been suffering from health issues recently.

Bob Welch left no children behind.

In tribute to the late great guitarist of Fleetwood Mac, have a listen to Moses Lay it all Down.