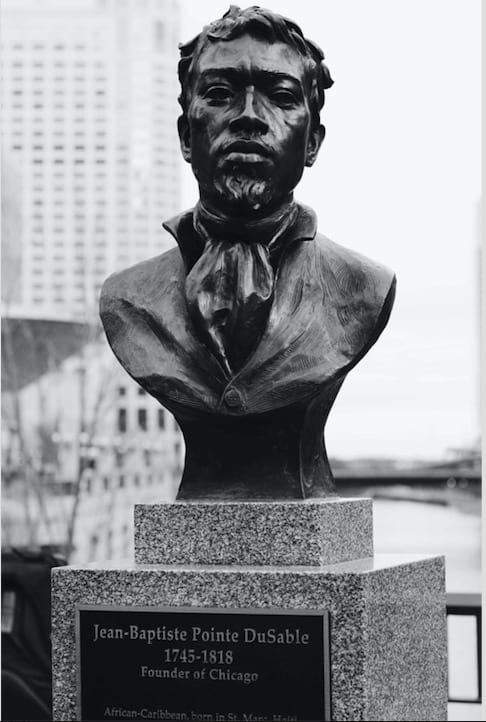 When staring up at the looming gorgeous high rises or peering at the picturesque skyline from one of the beaches on the South Shore or North Shore area, it is important to remember that all of the culture and glory of Chicago, Illinois would not be possible without Jean-Baptiste-Point DuSable. Not many know that a black man was the first settler of the third largest city in the United States, and it is an imperative mostly unknown and unwritten history that many must become educated about.

From New Orleans to Peoria

Although some of the history of Jean Baptiste DuSable is not completely known, it is widely believed that DuSable was born free in St. Marc, Saint-Dominique in Haiti. The son of an African slave and a French mariner, DuSable ended up going with his father to France where he learned French, Spanish, English, and a wide variety of Native American languages.

DuSable’s next stop would be New Orleans, Louisiana where he would go in 1765. The free DuSable almost became enslaved due to the loss of his identification papers. With injuries obtained from his voyage to Louisiana, DuSable stayed in Louisiana under the protection of French Jesuits until he became well enough to travel to what we now know as Peoria, Illinois. It was here that he settled until in 1779 he was arrested and falsely accused of being a spy by British troops.

In the late 1770s DuSable married a Native American woman named Kitihawa. She also went by the traditional English name, Catherine. As time progressed, Catherine, Jean Baptiste, and his two children, ultimately migrated from the Peoria to the shore of Lake Michigan.

Chicago’s name was derived from the area’s reputation of being potent with unpleasant aromas. Originally called Eschikagu by the Native Americans, meaning “the place of bad smells”, the marsh-riddled area was a mass window of opportunity for DuSable. It was here that he built a home along the Chicago River, claimed a massive 800 acres and began to derive a successful and genius trading post. It was here that you could find a fully operational mill, smokehouse, workshop, barn, and other venues.

In 1796, DuSable became the grandfather to the first child born in what would become the bustling Windy City that we know today.

It was on May 7, 1800, that he sold his trading area to John Kinzie. As a result of this John Kinzie has been wrongfully credited with the birth of Chicago.

To represent the legacy of DuSable and to spark important conversations about muted black history that should be on the forefront of geographical history, wear your pride strongly with a DuSable Legacy Tee from Melanated Chicago. Buy your statement piece HERE and educate others on the history of Chicago during black history month and beyond. 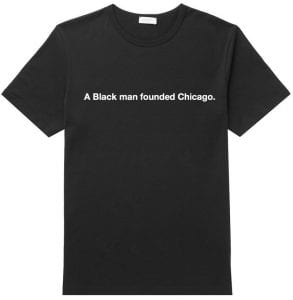 ALSO READ: The Relevancy of BlacKkKlansman