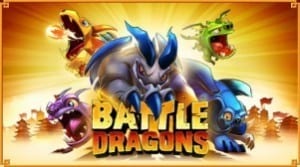 Being dubbed as a “persistent combat strategy” game, Battle Dragons is fun meld of resource management, tower defense, and combat — both PvP and campaign. Players are expected to modify their location in an attempt to ward off potential threats from other players. In order to accomplish that, you’re expected to set off on daring adventures, plundering enemy encampments owned by both AI and other players. To prevent this from happening to your own headquarters, particularly in the beginning when all defenses are meager, players rely on the protection of ‘Guardians’, a sort of omnipresence used to ward away those preying on weaker players. Attack someone yourself though, and all bets are off.

Available for free on Google Play for Android devices, Battle Dragons relies on the “time versus money” aspect of gaming, requiring tasks to be waited out or for players to use ‘orbs’ to speed up the process. Run out of orbs and your only option is to buy more or simply wait for the timer on the task queued up. Of particular note is the fact that Battle Dragons has been optimized for use on the new Google Nexus 7, announced yesterday. Taking advantage of the wider color options, stereo sound, and hi-def screen, “Battle Dragons was designed from the ground up as an interactive toy box,” Gary Gattis, CEO, Spacetime Games said. “Combining the power of the Nexus 7 2 device with Battle Dragons allows us to deliver fabulous graphics and extraordinary sound for mobile gaming.”

For players looking for a casual game with hardcore elements, Battle Dragons seems to scratch the itch of either. The free-to-play model has had remarkable success and, by using popular gameplay elements on the most popular mobile OS, developer Spacetime Games has struck the chord that many popular titles of similar design have: easy to play, difficult to master. The only question that remains is do you have the patience?