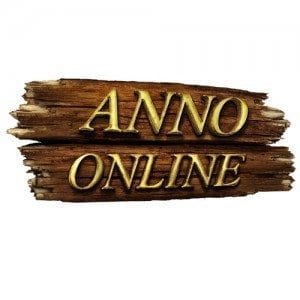 As gaming propels forward with advancements to story, visuals, audio, and online play, the emergence and reliance on high-speed internet has birthed another genre with immeasurable potential: browser gaming. Granted, with the sudden interest in browser-based games and social media, Facebook has created a community of wall-posting annoyances. However there are games out there shunning those nuisance-updates in favor of straightforward gameplay, a modest learning curve and a surprisingly active in-game community. One of those games, Anno-Online, is building on the familiar Anno property and delivering a Victorianesque city management simulation with interesting gameplay elements. By learning your city, including the upgrades available and when to implement them, you’ll help morph it from a small burgh to a thriving capital. The most noticeable downfall is the constant battle between time and real money, a typical struggle inherent to this games on this medium.

The game is a blend of strategy and patience with a touch of OCD as every part of the city, from design of the roads to layout of the buildings, is your responsibility. It’s not as simple as laying down roads and placing buildings though, as your citizens have certain requirements. To match those requirements, the businesses you use to pacify your citizens also have requirements and, to make things more interesting, you need to build up your own stable of resources in order to place buildings and meet all of those requirements. Yes, it’s a lot of requirements and you’re held accountable for all of them. Drop down a neighborhood that’s not in the vicinity of a market and people won’t move in. No religion? Same result. And as you start to determine which buildings are needed to meet specific needs, you also learn that those buildings have a maximum radius of effect, meaning a marketplace — even a large one — will not meet the requirements of your people; at least, not if you want your city to grow.

Growth is the objective of the game, in fact. As you routinely plop down houses and amenities for the residents to enjoy, options become available to increase the effectiveness or vacancy of the buildings you have. Additionally, new buildings will become available, unlocking options within the game to maintain a feeling of accomplishment which lead to the ultimate prize: new lands. As you grow your community and develop new technologies, you’ll find that building ships and employing explorers will reap rewards. As new lands are discovered, players can unlock them using rubies, the currency within the game. Rubies are acquired by completing certain tasks and missions — some random, some scripted — within the game. They could be as menial as delivering some milk or wool to a merchant or as important as obtaining 1500 Vassals, something completed by upgrading the residential dwellings.

Players who are patient can move through the required tasks at a reasonable rate, but for those impatient gamers among us rubies can be purchased for actual money and are then used to speed up processes, buy goods and money, or unlock new lands (assuming you meet requirements). Therefore, it’s suffice to say that Anno-Online requires a level of patience that some players simply will not dedicate. Additionally, while the layout and time-versus-money angle is familiar to us all through Facebook games, the community within Anno-Online is vehement that it is not a Facebook game, nor should it be compared as such. They’re passionate and informed, using calculators and city planning strategies to maximize their time spend in game, but are surprisingly willing to help. Forming a friendship or a guild will allow you to visit other player’s cities to see their layout, a point of pride for most players who dedicate their time to the game.

Anno-Online requires a particular learning curve as you begin to unravel the intricacies within and despite a superficial tutorial, players may find themselves getting frustrated at not knowing exactly how to move from point A to point B. The knowledge that the game is free-to-play, includes a community of surprisingly helpful individuals and a help-related chat system will alleviate some of the frustration, but players should certainly expect to take their time when establishing their city. It’s fun, interesting, carries on a franchise known for this genre and it’s free. In fact, there’s really very little reason not to play Anno-Online.

Find out more and play for yourself at Anno-Online.com