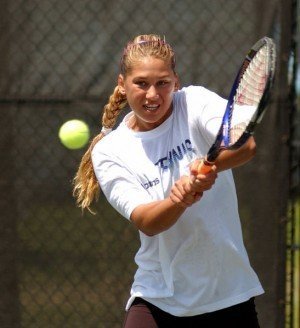 Anna Kournikova leaves after one season

Anna Kournikova is leaving “The Biggest Loser” after one season.

The Hollywood Reporter reports that tennis star Kournikova is making her exit as a trainer on the popular NBC reality show. Kournikova was brought on for season 12 of the show after Jillian Michaels left.

Staffers say they clashed with Kournikova and contestants found her brash. Reportedly, Kournikova did not sympathize with her contestants. One source even called Kournikova “a nightmare.”

Kournikova released a statement saying, “I enjoyed my time on the ‘Biggest Loser’ ranch. Although I will not be returning as a full time trainer on season 13, I will always be a part of ‘The Biggest Loser’ family and my commitment to bettering lives through health and fitness will continue.”