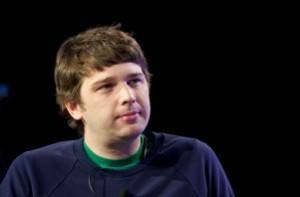 Andrew Mason, former CEO of Groupon, was fired today by the board in lieu of the company’s struggling fiscal results.

Mason, known for his lighthearted humorous additions to company reports and announcements, remains in good humor about the situation.

“I’ve decided that I’d like to spend more time with my family,” Mason wrote in a memo. “Just kidding – I was fired today. If you’re wondering why… you haven’t been paying attention.”

Some of Mason’s leadership decisions have been questioned, like why he declined Google’s offer to purchase the company for $6 billion.

Groupon struggled with earnings and the company’s shares reached a 52-week low of $2.60 in November, according to CNN. Since then, the shares have improved, but they still remain under $5, a far cry from Groupon’s debut share price of $20.

“I care far more about the success of the business than I do about my job as a CEO,” Mason said. “I want what’s best for Groupon.”

Some businesses criticized Groupon for being too pricey and not effectively helping them build loyal consumers. According to reports, consumers really like Groupon, though, and the company gains more users each month.

Mason is a co-founder of Groupon and sent a memo to the company’s employees saying they deserve a different CEO to help them get the outside world to give the company a second chance.

The biggest problem Mason leaves behind and that the company has always had is whether the concept of the company, as a business model, can exist and gain profit.