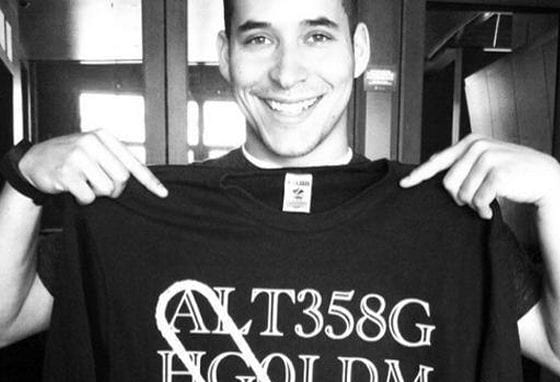 The YouTube star just wanted to challenge the notion that Christianity is a religion. Then his video went viral

Jefferson Bethke didn’t expect the attention. But ever since he posted a YouTube video, “Why I Hate Religion, but Love Jesus,” he has received plenty of praise and scorn alike for challenging the religious stereotype of Christians as Republican and judgmental.

In the video, which has since garnered nearly 20 million views, Bethke asks in spoken word, “What if I told you that Jesus came to abolish religion?” He then goes on to say, “If grace is water, then the church should be an ocean. It’s not a museum for good people; it’s a hospital for the broken.” He calls Jesus the work of God and religion a man-made invention, where, “One is the cure but the other is the infection.”

Since then, Bethke, a 22-year-old Tacoma resident, has been attracting a following of young Christians skeptical of religion as well as receiving numerous speaking requests. On his Facebook page, he writes, “I love Jesus, I’m addicted to grace, and I’m just a messed up dude trying to make Him famous.”

Bethke has had his share of detractors, however, coming from both believers (who make no apologies for tying Christianity with religion) and non-believers (who insist that Christianity is still a religion and destructive to society) alike. One meme mockingly features him asking, “What if I told you Bin Laden came to abolish terrorism?” But despite the criticism, Bethke continues on in his campaign to change the way people view Christianity. He took a moment to talk to College News about what inspired him to make the video and how life has changed since.

CN: What drove you to make the YouTube video?

Bethke: I was prompted to make the video because I continually would come across people who equated Jesus with “hates gays, can’t drink beer, and no tattoos.” I remember thinking “is that really the core message?” So wrote the poem.

CN: Did you expect such a huge response?

Bethke: Not at all!

CN: What do you think are some of the misconceptions a lot of young people have about Christianity?

Bethke: I think they think it is all about rules when in fact it’s all about worship, intimacy, and a vibrant relationship with our creator. God’s not a buzzkill, he is in fact for our joy and we can trust him in that.

Bethke: (Laughs) Just Google it and you will see the spectrum.

Bethke: Again there are a ton, just Google them.

CN: How has life changed since you posted the video?

Bethke: It’s a whirlwind! Just riding the wave of God’s grace. Right now I’m speaking, traveling, and thinking about how I want to do more videos.

CN: What do you think the popularity of your video says about the next generation of young Christians?

Bethke: We desire authenticity and someone who is willing to be bold for what they believe in. Also we want more than just the facts. We want stories to complement those facts. I think that’s a main reason my videos sparked so much (attention) is because I was so honest about my struggles and Jesus’ healing in that.

CN: What do you think about how the “Facebook Generation” of Christians has changed from the generation of their parents?

Bethke: I think we have lost the art of quietness. We are too busy. We always want noise, or stimulation, and the Spirit shows up in everything, but he has a special spot for quietness.

CN: What would you tell young college students who believe there may be a higher being, but are skeptical of God and Christianity?

Bethke: Investigate Jesus. He’s a real historical guy and there is more evidence for that than there is for Caesar. So I’d say investigate him. He’s tangible. What did he say? Could it be true? Why did all the disciples die for it if it wasn’t? The credibility of the historicity of the bible and of Jesus is insurmountable.