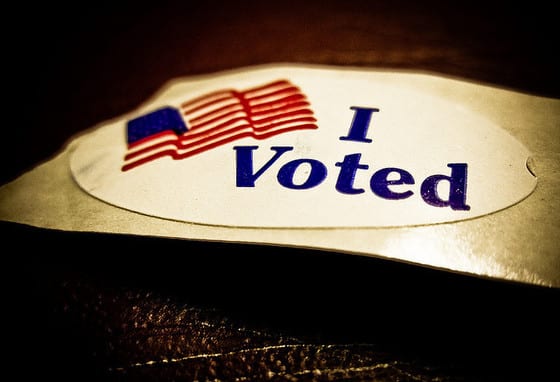 ‘Why Wait To Make A Positive Impact?’ Entrepreneurial Activist Asks

The younger you are as a registered voter in the United States, the less likely you are to cast your ballot, and the more you may have to lose by not doing so.

According to the latest data from the United States Census Bureau, voters aged 18 to 24 have consistently been the demographic with the lowest turnout, demonstrating an overall trend toward disengagement. While the line chart spiked in 2008 for President Obama’s first election, the trend has once again headed downward.

“Midterm elections yield disproportionately low participation among young voters, at a time when each additional vote yields the greatest impact,” says Jonathan Bannon Maher, a former candidate for the United States Senate, and author of “The Destiny of Humanity,” a book endorsed by Kings, a Prime Minister and a Second Lady (www.jonathanmaher.com).

“Debt from wars and unadjusted retirement benefits is piled onto the shoulders of our future. Adults make the choices and kids get sent the unpaid portion of the bill with interest. It seems even informed, motivated youth often feel powerless to make a meaningful impact. If they were to believe they can drive broad positive change, they’d be more inclined to communicate their thoughts to decision makers and participate electorally.”

•  Encourage your friends to vote. Yes vote yourself, but encourage friends to do so as well, to demonstrate your support in numbers.  Whereas Obama inspired young people to vote in numbers not seen since the early 1970s, enthusiasm fell precipitously for midterm elections in 2010. Only 49 percent of young people, ages 18 to 29, were registered to vote in the 2010 midterm elections, 45 percent of whom said they weren’t interested. Twenty-four percent didn’t know how to register.

“Registering to vote is a straightforward process,” Maher says, “and you can learn more at your state’s elections office website or at rockthevote.org”

•  Volunteer for a candidate’s campaign. If this seems overly ambitious, you may not be giving your political views enough credit.

“My advice is to review as many candidates as you can find online, and support those with the courage, intelligence, and heart to identify and resolve problems, even if they have limited traction. If feeling particularly ambitious, expand your search to include those who have expressed an interest.”

Research candidates nationally and those whose campaign offices are within driving distance, and find someone whom you can feel enthusiastic about supporting. If you haven’t found anyone, keep looking.

•  Articulate your views to lawmakers in writing about a personally important issue. If promoting a candidate is just too much, don’t give up. Whether you know it or not, you are most likely passionate about at least one issue, whether it’s the environment or education. If you don’t know who represents you and your community, you can find it at the following site: openstates.org/find_your_legislator/.

“Politicians and their staff can be profoundly influenced by logical heartfelt correspondence, even if a direct response isn’t provided,” Maher says. “But no one responds to communications they don’t receive.”

•  Follow news sites on social media. Grand gestures can sometimes make a big impression. However, smaller measures can plant a seed that takes root in important ways, too. If you care about the world but want to learn more, start small. Simply by reading well-researched articles from well-educated journalists and public intellectuals, you’ll notice your feelings come out. “Researching an issue from all perspectives will allow you to be most persuasive,” Maher says. Following a site or opinion-maker that inspires you will keep you engaged. From there it may only be a matter of time before you decide to make a difference.

Jonathan Bannon Maher (www.jonathanmaher.com) writes network intrusion detection and prevention software for the Pentagon. In his free time, he writes investment management algorithms and works on startups. In 2012 at age 29, he ran for the United States Senate. Prior to that, Maher wrote software used to purchase and manage billions in assets at a hedge fund. His music has been licensed by MTV, VH1, and Discovery Networks, and he’s written two books, including “The Destiny of Humanity,” endorsed by world leaders, and “Building a Successful Organization”. He graduated from the University of San Diego with recommendations from the President and Dean.

READ: Columbia University becomes first US University to divest from the prison industry