I have been reading this book on and off for a few months. I finally sat down to read it on my day off, and it makes me regret not getting into it sooner, especially at the height of the hype for this book.

Some of the things I heard about it:

I‘ll just go ahead and say it: THE WRITING IS SO BEAUTIFUL IN THIS BOOK. If writing were like dancing, Leslye Walton would be a ballerina pirouetting on the pointy tip of the Burj Khalifa with ease. 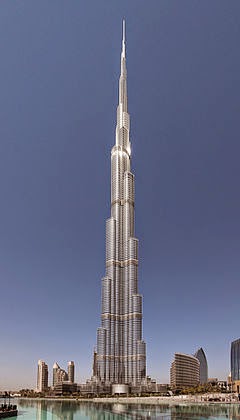 All of the things I heard about this novel were true. The strange and beautiful sorrows of Ava Lavender begin not within her own life but further back in her family’s past: her itty-bitty, quiet, great-grandmother in France. Then the narrator eventually moves on to the lives of Ava’s grandmother after the family’s move to Manhattan, then Vivienne (Ava’s mother), then finally Ava, a girl born with angel-like wings. The story pays particular attention to their love lives–how they acquire and then lose their first loves.

Ultimately, the story is a matriarchal family saga that comes across to me as the love child of Laura Esquivel’s Like Water for Chocolate and Mario Puzo’s The Godfather. I’d say that it looks more like its mother than its father.

Even though the title mentions Ava, the true main characters are Emilienne and Vivienne. Ava doesn’t show up until around half point of the story, and even then, she’s unconscious for a larger part of the story (and still operating as an omniscient narrator).

A large theme in this novel involves the characters dealing with different possibilities of love: the beautiful, the ugly, the messy, the delusional, the sweet… “Love” may have become a cheesy concept, but the emotions in this novel are very real. We all hear about girls who get pregnant, sisters who fight over the same guy, people who delude themselves into thinking their romance is something it’s not, and people who move on after trying to cling onto the possibility of a relationship for the longest time.

Like real life, there are no clean and conclusive Hollywood endings to any of these stories, but the characters do search for closure, and what they do find is satisfying for me as a reader. The novel reads fast. After starting over from the beginning, I finished it within two days. If you have better concentration than I do, you can finish it in one.

As for the magical realism, I wasn’t thinking about it when I picked this book up again. I was admiring all the beautiful metaphorical language until I had trouble picturing a character glue yellow feathers all over herself and chirp…Wait. She turned into a bird. Not figuratively…but literally. As with characters in most magical realistic stories, the family sees her transformation as a tragic inconvenience but copes with it.