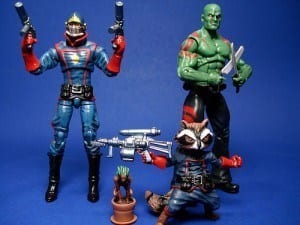 Who the superhero team is and what they do

This team of pre-existing Marvel Comics characters was formed as a proactive effort to battle threats to galaxy. Here’s a brief description of some of the characters that will be appearing in the Guardians of the Galaxy movie:

Just from reading the character description it is very clear that this will be one of the most ambitious and unique film adaptations from Marvel to date.

So does all of this pique your interest in Guardians of the Galaxy? Or would you rather stick to the traditional capes and tights superhero flicks?