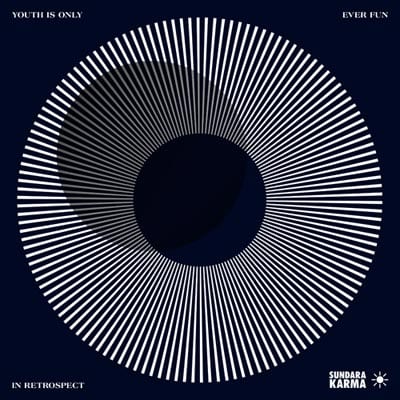 College News had the lucky chance to catch up with Sundara Karma vocalist, Oscar

Hailing from Berkshire, England, young band Sundara Karma have just finished a tour in the United States with their tracks played on BBC radio and NME. Huffington Post has described Sundara Karma as “Young musicians of the moment”, while The Guardian say that they’re “Indie-Springsteens with arena ambitions”; this band is one to look out for as their album is released January 6, 2017. College News had the chance to catch up with the band’s vocalist, Oscar, to talk about what it’s like to be in a band and his advice for those wanting to journey into the world of music in this honest and truly charming interview.

College News: Hi Oscar! You guys are well into tour promoting your new EP, Loveblood with Sundara Karma—you must be so excited! Tell us about the experience so far?
Oscar Pollock: It’s been very intense and we’ve met a lot of interesting people but we will always miss our mums when away from home.

CN: Tell us a funny story from one of your nights on the road/stage.
OP: When we we’re in Chicago we all decided to get PMA tattooed on our ankles. We each did a letter on each other to make it even more personal and hilarious. It’s traditionally a straight edge tattoo which makes it even funnier as we drink far too many mojitos to ever be considered straight edge.

CN: Could you tell College News a little backstory behind Sundara Karma? (Beautiful name, by the way!)
OP: Thanks! Well, we’ve been a band for seven years now, we all met when we we’re 14 through school and I guess something just clicked. The angels must’ve been watching!

CN: What’s a typical “day in the life” for you when you’re in the process of writing new material?
OP: Isolation. I can only really create when I’m 100% alone. I like to shut myself off from everyone. If nothing is coming then I’ll go for long walks, paint, meditate, do yoga – anything to help me feel connected to that ever-present creative flow. When I’m writing, and I mean when I’m writing good shit, it’s like where the fuck did that come from, almost as if I wasn’t really there. So the more I can get into that state the better. The state of selflessness.

“”When I’m writing, and I mean when I’m writing good shit, it’s like where the fuck did that come from, almost as if I wasn’t really there.””—Oscar

CN: What gives you inspiration when writing lyrics for Sundara Karma?
OP: A lot of it definitely comes from personal experience. Whether I may or may not be going through that exact emotion I’m writing about doesn’t matter, as long as I’ve felt it and can write about it honestly. Other forms of art and literature inspire ideas too.

CN: Who would you say your main influences are as a band (musician or not)?
OP: Jim Morrison, Roger Waters, David Bowie, Ninja, Scott Walker.

CN: What plans do you have for the future?
OP: Our album comes out in January and we hope to be playing lots and lots of shows off the back of it, help get the album out to the people.

CN: What advice would you give to those wanting to start a band?
OP: Figure out what it is you want (this can take many years so don’t try to rush it), hold that fantasy as clearly as you can in your mind and keep it bright and shining, don’t let anyone sway you from that majestic path until you have reached your goal, and always, fuk da 5y5tem.

CN: And finally, Christmas is super close—how are you guys celebrating this year?
OP: I’m with my mum for Christmas and I think the plan is to drink lots of wine and smoke many cigarettes.

To find out more about Sundara Karma, visit: Sundarakarma.co.uk