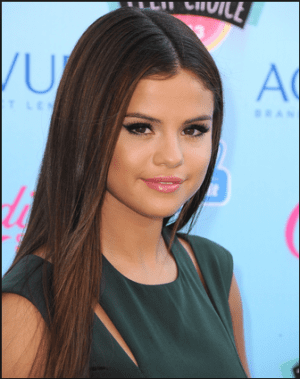 Selena Gomez premiered her new single and video, “The Heart Wants What It Wants” on Nov. 6.

The track is one of three unreleased songs from her Greatest Hits Collection, For You set to release Nov. 24.

Gomez revealed to On Air with Ryan Seacrest that the emotionally charged love song is about none other than longtime lover, Justin Bieber.

When asked about her controversial relationship with the heartbreaker, Gomez noted that everybody will form their own opinions anyway and gave Seacrest some insight to her perspective.

“I support him. I think I always will. I’m upset when he’s upset, I’m happy when he’s happy. I don’t want anything bad to ever happen to him. It hurts me. That’s all,” Gomez told Seacrest about her romance.

The songstress shared that the biggest problem she’s faced this year extends beyond her on and off again relationship with the heartthrob, and has been a rather personal battle.

“I think the biggest problem I had this year is identity,” Gomez shared. “I was trying to figure out what I’m doing, and that was the first time I was constantly being kicked down for doing that.”

According to Gomez, Bieber saw the video a year ago noting it was “beautiful.” Additionally, BFF Taylor Swift also previewed the track prior to its release.

“She loved it. She’s very dramatic and I love her so much,” said Gomez. “She came over to the house, and I played it. She had headphones in, and she watched the video, and then she just looked at me, then she looked back, and then played it three times over and over again. And I’m like, ‘I want to know,’ and she was like, ‘Oh my God. This is amazing. I’m so excited for you.'”

According to Gomez, the video which was shot over a year ago features raw footage of the songstress standing in front of a mirror, reflecting on her life in that moment.

“I shot the video [for “The Heart Wants What It Wants”] over a year ago. So, in that state – where I was in that place emotionally – I went into the room by myself, and I looked at the actual mirror in the music video, and I had a conversation [with] myself to every question I had in my mind in that moment.”

Check out the official music video for the emotionally charged single, “The Heart Wants What It Wants” here.