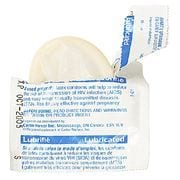 Although the risk of pregnancy isn’t a concern with same-sex relationships, STDs and STIs are still a very real risk and contraception is just as important in preventing them from being transmitted.

Most forms of genital warts and cervical cancers can be prevented by simply taking a vaccine. Gardasil (vaccine for men and women) and Cervarix (vaccine for women) both help to protect the individual from HPV (Human Papilloma Virus) which is the virus that causes most forms of genital warts and can also cause cervical cancer. The vaccine is most effective when administered before the patient has had sex for the first time.

Although vaccination prevents most forms of HPV, other forms of contraception can be used by same-sex couples to prevent the transmission of other STDs and STIs. Latex condoms help reduce the transmission of many STDs and STIs including HIV, AIDS, gonorrhea and chlamydia. Condoms are available for both male and female same-sex couples to use. For men, the male condom is the best form of same-sex contraception as long as it is used correctly and consistently. It is also easy to obtain from convenience stores, drug stores or your local Planned Parenthood and inexpensive.

For oral sex, dental dams and Sheer Glyde Dams can also be used to prevent STD and STI transmission in same-sex and heterosexual couples.