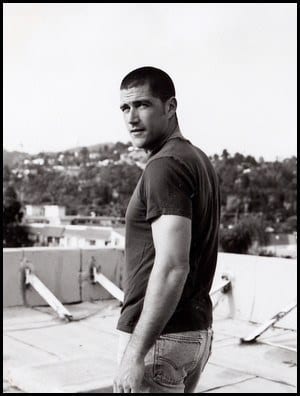 Fox appears as a deranged killer in ‘Alex Cross’

Matthew Fox may be known to Lost fans everywhere as the troubled surgeon Jack Shepard, but his budding film career is pointing him in a different different direction role-wise. Fox ditches the good guy protagonist roles for a role as a crazed villain in Alex Cross.

Alex Cross is the new action thriller staring Tyler Perry, and Matthew Fox plays a shaven-headed serial killer named Picasso. The film is based on the best selling Alex Cross book series by James Patterson, and the film’s villain is known for dismembering victims and leaving Cubist drawings as calling cards at the scene of his crimes.

This is a new type of character for Matthew Fox, and he took a method acting approach to look like a deranged serial killer after revamping the character with Director Rob Cohen.

“The first time Rob and I talked, he kind of described the guy to me, and the first guy that popped into my head was Ted Bundy – because Ted just looked like the last person on Earth that would be a serial killer. He just looked sort of dashing and prototypically handsome and charming,” he said, according to the Toronto Sun.

Matthew Fox appears in the same fashion (head-shaven and sunken in) in another upcoming zombie flick, World War Z, alongside Brad Pitt. In this film, he plays a haunted Navy SEAL veteran trying to survive a zombie apocolypse.

Fox can be seen in World War Z, which is set to come out in theaters in the spring of 2013, while Alex Cross premieres Oct. 19.