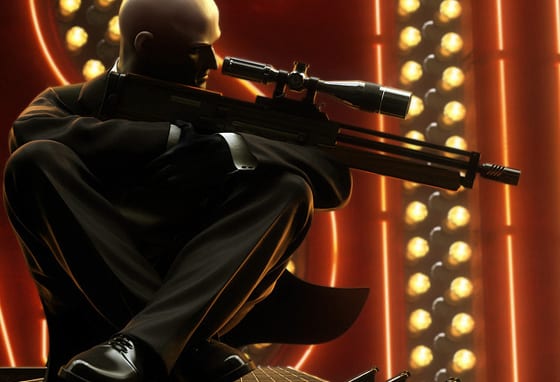 The newest edition to Hitman has some solid, but comical elements

Agent 47, your life hasn’t been so easy over the last few years. Not only have your games been diminishing in quality, but they made two films based on you that were atrocious. Your last game wasn’t so bad, but was crucified for being so linear, so it’s nice to see you return with something a bit more freeing. The legendary Hitman franchise returns in what feels like a half-hearted ret-con of the franchise while going back to the original roots of contract killing.

This new episodic Hitman has had me concerned for not only the future of Square Enix titles, but games in general since it was announced. There are some people like Telltale who can absolutely knock an episodic game out of the water – mainly because those involve waiting for the next chapter of a story, but in normal games? I don’t know about you, but when I jump into a new game, I want to play it for as long as I want to – that could mean the entire thing in a 12 hour marathon or 35 minutes at a time. Hitman offers you plenty of content, but it’s entirely based on the community to create new content while IO finishes each chapter for future deployment.

The ideas here are fairly solid – Hitman is essentially a murder sandbox. The intro pack is currently available for $15 and comes with a training level as well as the first level of the story which is set at a Fashion Show in Paris. The training level allows you to assassinate a guy on a private yacht party and you can eliminate him via several different methods. I had just as much fun blowing him up by sneaking into his office and planting a sticky bomb, then pulling the fire alarm so he’d hide in his office as I did poisoning the drink he had before sneaking into the bathroom behind him and drowning him in the toilet.

You should also check out: Halo 5 Guardians Review

The Paris level is almost comical because it’s basically the movie Zoolander. There’s a big shot model there that you can take out who happens to be tall, white, and bald – the same bland features that Agent 47 shares. Donning a trenchcoat and a little bit of sprayed on makeup apparently turns 47 from a totally not at all obvious sore thumb agent into one of the world’s biggest supermodels. Go figure.

That only details one of the ways to kill the two targets in the Paris mission, but there are several others including one where you drop a lighting rig from the catwalk onto someone. The possibilities are great, but it’s difficult to find yourself interested once you’ve completed all the challenges provided to you by the game – and that’s where the bummer comes in. IO is only releasing the chapters once a month, and I had finished 85% of the base game trophies before ever attempting the Paris mission in less than two hours so not only is the provided content short, but it’s not terribly challenging overall – though some paths are considerably harder to pull off than others.

Hitman is aimed at new players as well as returning fans of the franchise, but those who will find the most enjoyment out of it are the new players. The objectives can easily be tracked if you choose to go after certain objectives, but it’s more fun to wander around and stumble upon one, which the game will then prompt you to track by pressing the touch pad. There’s some nice quality of life updates here for the franchise, but after you’ve completed each level a few times you’ll feel satisfied and because there’s nothing terribly compelling about playing past more than a few hours, it’ll make it harder to justify buying the new levels or even remembering to come back to check them out each month.

It’s kind of a double edged sword: on one hand, the game feels great in short doses and it respects your time by being attentive to your time. On the other hand, longer play reminds you just how little is actually provided from the developers.

Because Hitman is a sandbox, players can create their own customized contracts for the community to play. This has some cool opportunities as you can make some fairly elaborate kills on some extremely difficult targets to pull out of a crowd – but honestly once you’ve finished the levels a time or two, repeating it feels dull and the ridiculous loading times certainly don’t help encourage multiple replays either. If you can tolerate the loading times, there’s a bunch of player made contracts as well as featured contracts published by the developers and they’ll be adding in targets that you only ever get one shot at very soon which will also be a cool gimmick.

All of that said, it’s a shame because there’s a lot to like here. At the core, this new Hitman does feel like a nice rebirth of Agent 47, and the new story is told with some really slick cutscenes and seems like it could actually be interesting. It’s nice to see 47s handler alive again after killing her off in Absolution, but without some patches to improve loading times it’s hard to justify popping in more than once a month just to check out the new levels – that is if you can even remember those new levels came out as we head into the pre-summer games rush time. At least IO Interactive had the decency to release this properly as a $15 early access instead of gouging people out of $60 and promising updates later like a certain other game recently did.

You will also like: Street Fighter V Review: A Glorified Demo