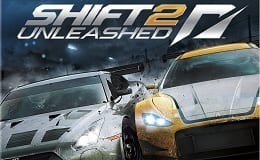 Late last year, EA and Slightly Mad Studios fired some aggressive verbal shots at Polyphony Digital’s “Gran Turismo 5”. Andy Tudor, lead designer of “Shift 2: Unleashed,” called the game more of an encyclopedia than a racing experience. Prior to that, EA Vice President Patrick Soderlund accused “Gran Turismo 5” of being sterile. These were exaggerated accusations rooted in truth carefully designed to deter racing enthusiasts from purchasing Polyphony Digital’s labor of love, and instead hold out for “Shift 2: Unleashed.” So, is the new simulation wing of “Need For Speed” finally ready to take on the kings of the asphalt like “Forza” and “Gran Turismo?”

One certainly can’t accuse Slightly Mad of a lazily produced sequel. While the original “Shift” had 18 tracks, “Shift 2” packs a satisfying and varied 30+ locations and 60 tracks, many of them now drivable at night. A new Helmet Cam enhances the already brilliant cockpit experience while full crash damage ensures extra caution at high speeds lest you lose tires and blow out your Works-modified engine. Throw in the option for meticulous tuning, which allows gear heads to save custom tuning schemes for individual courses, and the inclusion of the addictive Autolog feature from “Need For Speed: Hot Pursuit” for an automotive customization dream.

“Visceral” is one hell of an overused term in video game reviews, but it’s truly the best adjective here. Shift was praised for its immersive, life-like cockpit view, but the new Helmet Cam in “Shift 2” makes sitting in the driver’s seat downright frightening. The camera now utilizes subtle tricks like leaning into the apex of a turn, and the scream of acceleration and screeching tires completes the illusion that you’re in control of this high-end vehicle. What makes it frightening? Load up a night race at Nürburgring using the new Elite handling model and your HUD turned completely off, and you’ll shriek in terror when you approach that final chicane going much too fast. Mastery will beget eventual enjoyment, but you’re in for a thrilling and often scary high-speed ride.

There’s all this tension, and that’s even without mentioning the very aggressive AI. Worlds apart from the “on-rails” AI drivers in “Gran Turismo 5,” your opponents in “Shift 2” will do everything in their power to disrupt your perfect line. They also hold grudges, so expect even an accidental bumper tap during an overtake to be returned in kind. With no rewind feature, driving precisely and defensively is crucial, which erodes a bit of the game’s potential fun factor. Sadly, this makes a strong argument against using the excellent Helmet Cam since your peripheral vision is so restricted. The AI isn’t perfect, though, and you’ll witness occasional mistakes that open up opportunities.

Drifting once again represents a minor sub-section of the career mode, and it is simply no fun at all. Sure, the “Shift” series would suffer a personality conflict if it simply borrowed the simplistic, arcade drifting from its cousin “Need for Speed: Hot Pursuit.” That being said, Slightly Mad should consider giving players the option to skip drift events entirely in future installments; mastering the tricky and tedious drift mechanics will make you feel accomplished, but it’s a frustrating experience bereft of any trace of fun. To date, no developer has matched the intoxicating blend of fun and challenge that Codemasters did with “Race Driver: GRID.”

“Shift 2: Unleashed” offers a substantial career mode. Your progression as a driver depends on your XP earned for not only landing on the podium, but also for things like sticking to the perfect race line, performing clean overtakes and maintaining a lead over the pack. It doesn’t force you to grind, rewarding you generously enough for solid performances and always showering you with unlocked events to explore. Once you hit Level 10, however, expect the difficulty to skyrocket. The steering still feels a bit twitchier than it should, especially using the PS3’s Dual Shock controller, even after adjusting the caster angle. Put yourself in a V12 Maserati MC12 and every slight flick of the steering wheel feels like it could end in disaster. I admit, it probably feels just as perilous to drive it on real asphalt, but more balance should be maintained between simulation and fun. I suspect many gamers will put this one down in the higher echelon of events simply from sheer difficulty.

One thing that made an impression in the audio department was the treatment of the game’s soundtrack. The developers wanted to instill a sense of emotion and significance, and they’ve created stripped-down orchestral remixes of songs like Stone Temple Pilots’ “Take a Load Off” and Anberlin’s “We Owe This to Ourselves.” These are subdued versions with strings and echo effects, and it works brilliantly in the context of the game’s menus feeling both mellow and melancholy all at once.

Circling back to the heated remarks from EA leveled at “Gran Turismo 5,” “Shift 2” does indeed contain a satisfying collection of 140+ vehicles, ranging from retro Japanese beauties like the R32 Skyline to the impossibly sexy (and expensive) Lamborghini Reventón. None of the choices seem tacked on, and tuning and tinkering with each one is a delight. Their engine audio isn’t captured as meticulously as GT5, and the dashboard models aren’t as painstakingly detailed as “GT5″’s premium models, though they are a vast improvement over the original “Shift”. But those fighting words from EA and Slightly Mad Studios are an invitation for direct comparisons to their self-declared rival, “Gran Turismo 5.”

If you enjoyed “Need for Speed: Shift” to any degree, buy this right now. It certainly is clearer in purpose than the uneven “GT5,” but it also struggles to distance itself from its outlandish, arcade-driven Need for Speed roots. In this writer’s opinion, the difficulty level becomes too extreme to be considered constantly fun, but “Shift 2” definitely belongs in the upper echelon of racing games. If you subscribe to Matt Powers’ philosophy on racing, perhaps having mindless fun isn’t at the top of your list, and, in that case, “Shift 2” gets another unwavering recommendation. Just don’t expect it to hold your hand. Some basic understanding of gear ratios, caster angles and aerodynamics is required to push your vehicles to their full potential. It’s a remarkable improvement over its predecessor and if the developers make the same substantial leap forward with “Shift 3,” it should prove a fierce challenger to any racing series daring to call itself competition.