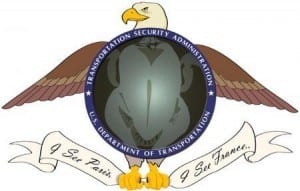 The 88-year-old former Secretary of State was subjected to a TSA pat-down at New York’s LaGuardia Airport.

Henry Kissinger felt the prying hands of TSA agents on him as he passed through airport security at New York’s LaGuardia Airport Friday. The 88-year-old former Secretary of State was cleared after it was revealed that he is, indeed, NOT a terrorist.

Henry Kissinger is not the first high-profile public figure or celebrity to have experienced – or refused to experience – the full TSA pat-down.

According to the Washington Post, Sen. Dianne Feinsten (D- Calif.), the chair of the Senate Intelligence Committee, has been patted-down by the TSA along with Oscar winning-actress Jennifer Hudson. In January, Sen. Rand Paul (R- Ky.) was “detained” by TSA officials in Nashville after he refused to be patted-down. TV host Geraldo Rivera also claimed he was “manually raped” by TSA agents on his way to Afghanistan.

Henry Kissinger found himself in the mitts of the TSA as he attempted to catch a flight from New York to Toronto. Henry Kissinger was in a wheelchair as it was reportedly a long walk to the gate for the 88-year-old. Despite the recent implementing of a policy that would allow passengers at least 75 years old to keep their shoes and jackets on while going through security, it was stated by freelance reporter Matthew Cole that “he stood with his suit jacket off, and he was wearing suspenders. They gave him the full pat-down.”

Henry Kissinger served as Secretary of State under Presidents Nixon and Ford from September 1973 to January 1977. Kissinger also served as Assistant to the President for National Security Affairs from January 1969 to November 1975. Kissinger is perhaps best-known for his role in helping to bring the U.S. involvement in the Vietnam War to an end. Henry Kissinger was awarded the Nobel Peace Prize in 1973 and the Presidential Medal of Freedom, the nation’s highest civilian award, in 1977.