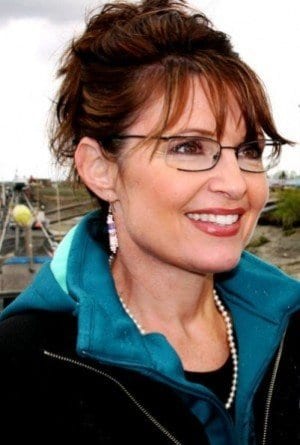 Game Change, a controversial new HBO movie about the 2008 vice presidential run, has received different reactions from those depicted in the political drama.

Sarah Palin has dismissed Game Change completely, saying that, “I believe my family has the right priorities and knows what really matters,” Palin said in an email to ABC News. “For instance, our son called from Afghanistan yesterday and he sounded good and that’s what matters. Being in the good graces of Hollywood’s ‘Team Obama’ isn’t top of my list,” Palin said.

Based on a book of the same name written by journalists John Heilemann and Mark Halperin, Game Change premiered on HBO on Saturday.

Game Change does not intend to portray Palin as a villain, just as ignorant, which she was. “We were trying to humanize her, get past the iconography of whichever side you were on,” said director Jay Roach on CBS This Morning. “Whatever you thought about her was driven by the media impression. We felt there must be more going on under that. She was a very sympathetic person. She was — at the beginning of it — she was under an incredible attack. She had a kid going off to Iraq. She had a five-month-old baby with Down’s syndrome. Two daughters, one pregnant, and she’s thrown on to the national stage.”

“They continue to disparage and attack her person,” McCain said in an interview with Fox News on Sunday. “I admire and respect her, I’m proud of our campaign and I’m humbled by the fact that I was able to give her [the vice-presidential nomination].”

Steve Schmidt, a former campaign strategist for John McCain, described the film as a “very accurate” depiction of the 2008 presidential campaign.

In an interview with MSNBC’s Morning Joe, Schmidt talked about the film and his role in McCain’s presidential bid. “I think it was very accurate,” he said, “For all of us in the campaign, it really rang true. It gave you a little bit of PTSD at times.”