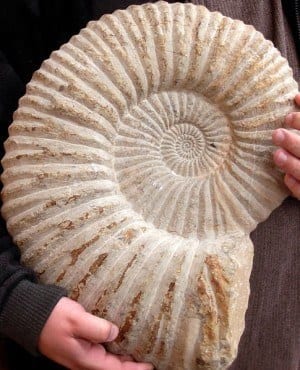 The math may be off, but the new show on Fox is a hit from the start.

The Fibonacci sequence is the never-ending string of numbers at work in the Fox series Touch.

The Fibonacci sequence is a series of integers mentioned in a book by Leonardo of Pisa (Fibonacci) in 1202 as the answer to an ancient arithmetic problem. The series begins with zero, and naturally progresses to one. The series becomes 0, 1, 1, 2, 3, 5, 8, 13, 21, 34, 55, and so on into infinity. In the Fibonacci sequence, each number is added to the previous to make the next.

In the series Touch, starring Kiefer Sutherland, one of the central characters is an autistic 11-year-old boy. The boy, Jake, and his dad are about to be separated by Social Services when Jake, who has never spoken a word, begins to communicate with his father through numbers.

Jake seems to be highly in tune with how numbers relate to the Universe, but are the references to the Fibonacci sequence in Touch based on fact? Dr. Keith Devlin, a mathematician at Stanford University says no.

According to Dr. Devlin, many of the references to the Fibonacci sequence are falsehoods that are frequently repeated about the mystical sequence. Other than citing the wrong century in which Fibonacci published his work (though the show was only off by a few years, really), and citing Fibonacci as the actually discoverer of the sequence (it is not clear whether Fibonacci ever investigated the sequence thoroughly), Danny Glover’s character in Touch says that the sequence can be found in the curve of a wave, the spiral of a shell, and in the segments of a pineapple.

Are the mathematical errors in Touch going to affect how people watch it? Most likely not.

Touch plays upon the idea of the increasingly Small World, and the idea that everything happens for a reason. It’s about a father’s love for his son, and about finding new ways to communicate with family after all communication has failed. It’s an elemental human interest story that uses math and numbers and mysteries of the Universe as conduits for story lines.