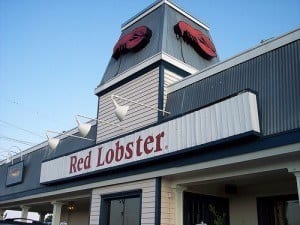 Under Obamacare, companies with 50 or more full-time workers are required to offer employees basic health benefits, or else risk paying hefty fines for violating President Obama’s attempt at national health care reform. But Darden Restaurants Inc., the corporation that owns Red Lobster and Olive Garden franchise restaurants, has inadvertently announced that it will try and slip under the radar of Obamacare.

The loophole Darden Restaurants is trying to slip through is one that will experiment in the corporation’s shifting of more workers to part-time status from full-time, a move that will cut benefits for hundreds of its employees.

With this move, Darden will require employees to foot the bill for Obamacare-promised benefits geared toward health care. Darden’s move will also require an increase in worker contribution toward health plans.

Darden’s benefit-dodging abuses worker protection under the constituents of Obamacare. There needs to be protection for workers in the case of more Darden-style attempts at loop-holing its workers. Such implemented protection would further promote the quality of life and well-being of wage workers nationwide.