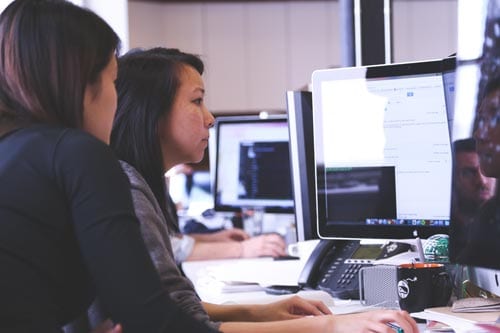 Since jobs that pay are becoming increasingly hard to come by, many college grads have been forced to take internships–positions that typically that do not pay. These students now have to compete with employees that are laid off for these internships. So now what’s happening is that, according to the New York Times, students (okay, more likely their parents) are shelling out thousands to services that help them get dream internships.

One student had his parents pay a whopping $8,000 to help him get a summer job at Ford Models in New York City. The particular company they paid that sum–equivalent to almost a year of my rent–for The University of Dreams—the largest and most visible player in this burgeoning business, according to the Times, who also report that applicants rose 30 percent higher than in 2008.

Most of the time, they see students still completing their undergrad degree. This year, though, the over 9,000 applicants were mostly recent grads.

University of Dreams advertises “guaranteed internship placement, eight weeks of summer housing, five meals a week, seminars and tours around New York City” for the $8,000. I

But the city that never sleeps isn’t the only place where dreams are made of.  There are even programs in London and in Costa Rica, which cost $9,450 and $5,500, respectively.

So what do college administrators think? A career services director at Florida State doesn’t think there is a need for programs like this. She compared it to buying a luxury car, telling the Times that “there are more than enough internship opportunities out there.”

The article also mentioned that college advisers understand the desire for such a program, but parents who pay for it are not letting their children obtain job-seeking skills, or feel rejection before the real world hits.

The University of Dreams isn’t the only game in town though. Competitors include The Washington Center, a nonprofit that puts kids in places like Amnesty International, and several online start-ups.

I think this is really not a good idea.  Speaking from someone who had to search for internships and jobs on her own, especially one at the People Magazine D.C. bureau (that I finally got and then never got to do because Time closed their bureau), it really pays to search for these things on your own.

You learn the value of persistence and determination, and what it’s like to be rejected. The article also brings up another interesting fact—this creates an even further divide now between students, such as those with family connections to organizations that can get students into internships easily with their resources. Class resentment, much?