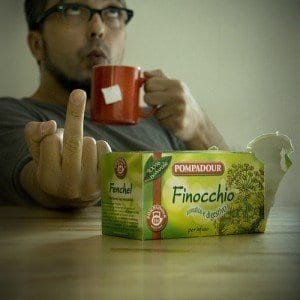 Chris Culliver, another homophobic athlete, apologizes for being homophobic in public.

Chris Culliver is under fire for telling a radio host that there are no gay players on his team. The 49er’s player apologized PR style soon after saying his previous statement is not what’s in his heart.

The NFL released a statement reminding fans that they support the LGBT community but no consequences have been brought upon the cornerback who says NFL players should wait 10 years after retiring from football to come out of the closet. Chris Culliver also said it would be inappropriate for a gay player to be in the locker room, assuming that any gay man would find him handsome enough to sexually harass.

Chris is quoted saying, “I don’t do the gay guys, man. I don’t do that… Ain’t got no gay people on the team. They gotta get up outta here if they do. Can’t be with that sweet stuff.”

I thought this was a story until I read the actual quote. Then I realized it was just another ignorant illiterate overpaid athlete using his freedom of speech prior to taking a speech course. His ideas of homosexuality are very juvenile, “sweet stuff”? seriously?

I’ve never seen a statistic but I’m pretty sure there are a great number of gay men who are much more masculine than Chris Culliver. Considering the recent story of former 49er Kwame Harris, I’m also pretty sure that Chris Culliver’s allegations of being on an all hetero team is inaccurate. But it probably helps him sleep better at night knowing that he has skipped around and played towel ass au naturel in a locker room full of naked men.

Hopefully the NFL does a bit more than apologize by putting a rainbow in their super bowl advertisement. We’ll know how they really feel if Chris Culliver plays in this Sundays game.

“Sweet stuff”… What a tart idiot.