Wikipedia hosts millions of informative articles. Yet, my personal favorite Wikipedia page is the one Atlanta rapper Soulja Boy wrote for himself. Soulja Boy, who made hits like “Crank That (Soulja Boy)” and “Kiss Me Thru the Phone,” wrote his own Wikipedia page himself in 2006 before he was signed. He tells the story of his life and is one of the most hilarious things that is still archived on Wikipedia today.

Keep your eyes peeled for his upcoming mixtape King Soulja 3, but first read the self-composed Wikipedia article from Soulja Boy and let him tell you his life story. 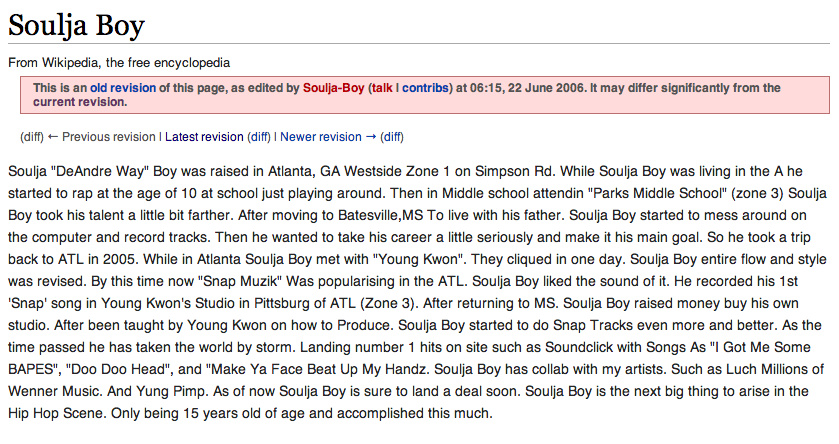