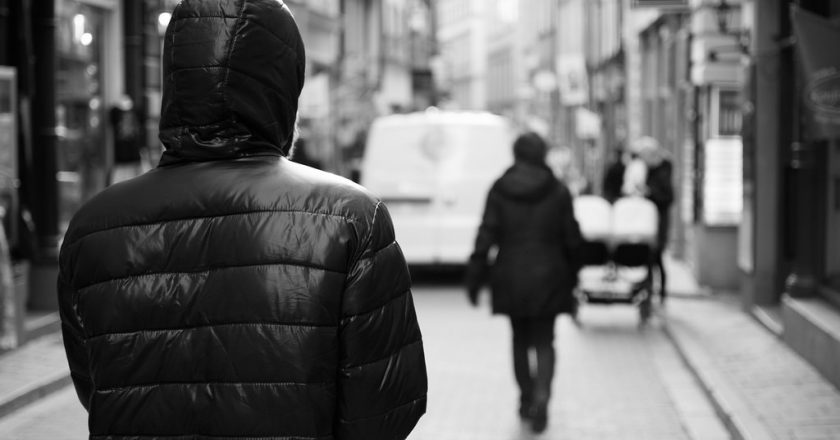 Stalking is sadly a very common problem. But have you ever considered you might be a stalker yourself? Well, perhaps you should—because a survey released yesterday (July 9) has revealed more of us are stalkers than we think.

A team at SafeHome.org interviewed 2,000 men and women and asked them to reveal their deepest, darkest secrets. The results made for some intriguing reading.

For example, 30 percent of those interviewed have ‘jokingly’ been called a stalker; 25 percent of the interviewees admitted they’d hacked into someone’s email and 22 percent had driven by an ex’s house.

Stalking is defined as a pattern of on-going and unwarranted attention, harassment, contact, or other behaviors directed at someone causing them to be reasonably fearful.

Simply poking your nose in someone else’s affairs (whether the person is love interest or a neighbor) isn’t technically stalking—unless the actions legitimately make the target afraid. In other words, exhibiting stalker-like behavior is one thing, criminal stalking is quite another.

The stalker in us all

The persona of the stalker is deep-rooted in the American psyche and entrenched in our popular culture. Take, for example, the immortal words of Sting, ‘Every step you take, every breath you take, every move you make, I’ll be watching you’; or the abundance of classic movies—from Psycho (1960) to Cape Fear (1962)—where the archetypal stalker is brought to the fore in cinematic terms.

In both the movies and chart-topping tunes, references to stalker-like behavior are both allusory and blatant, pervasive and resonant.

Is this, perhaps, because—whether we like it or not—we can all identify with stalker traits? Is there a stalker within us all? After digesting the results from the SafeHome.org survey, you’d be forgiven for thinking there was.

That’s right, more than a third of the people interviewed admitted they had watched someone else without them knowing about it. And a shocking 22 percent of people confessed they had created a fake social media account to keep track of someone. Creepy!

But it gets worse. 20 percent of people said they’d sent someone a gift and not signed their name on purpose and 20 percent admitted they’d broken or ruined something that belonged to someone else.

Meanwhile, 19 percent revealed an ex had told them to stop contacting them. And, astonishingly, 16 percent of interviewees disclosed they had persistently messaged, phoned or texted someone after they had been asked to stop.

However spooky this data may seem, as long as the people carrying out these behaviors are not doing so with the intent to threaten or scare another person, the behavior is not technically stalking.

Who is most likely to be your stalker?

Your ex is most likely to be your stalker, with 26 percent of the people interviewed having been stalked by an ex. Close behind, however, was a ‘significant other’, with 25 percent of those surveyed confessing this was the relationship they’d previously had with their stalker.

Co-workers were the least likely to be a stalker, with just 5 percent of people saying they were stalked by one.

According to the SafeHome survey, men and women have different ideas about what constitutes creepy behavior.

When it comes to sexes and exes, men are more creeped out than women by the thought of a former partner hacking into their online life or following them in the real world.

Meanwhile, impersonating someone in real life—or online—disturbed women more than men. Whereas both sexes equally agreed that going into an ex’s house without permission was definitely on the spooky-scale.

The age of creepiness

SafeHome broke down stalking targets by age. The youngest group they surveyed (aged 18 – 24 years old) said they stalked their friends more than any other group. Non-romantic friendships are more important to college-aged adults as they strive to find their place in the wider community. This factor could explain why friendship groups are common targets of stalkerish behavior within this age demographic.

Among those aged 25 to 64 years old, significant others and exes were most likely to be sneakily investigated. For those aged 65 and older, it was friends.

The state of stalking

Does where we live in the U.S. influence our tendency to stalk? SafeHome’s survey found it does.

SafeHome’s findings are in line with traditional U.S. stereotypes about regional personality differences.

The West Coast is often characterized as relaxed and laid back, while we consider the American South as somewhat more aggressive or confrontational. Whether these stereotypes hold true is a matter of endless debate —although some studies have shown that personality differences are, in fact, regional.

When does stalker-like behavior develop into a serious crime? In some cases, the answer is very straightforward. Trespassing on someone else’s property, or breaking into their home, is a criminal act. Period.

It is also a crime to harass someone—this can apply to a lot of stalkerish behaviors from hacking into an online account to sending unwanted gifts.

High-profile celebrity court cases demonstrate that, in every state, stalking is a serious crime, whether it’s carried out online otherwise.

Curiosity is all well and good, but if you end up making the object of your attention justifiably fearful, you could also end up in jail.