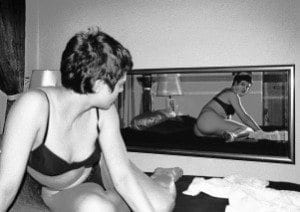 Madam Anna Gristina, who was arrested on charges of running a multi-million-dollar prostitution ring, is said to count many famous and wealthy people as friends and clients. Occupation aside, the Scottish-born woman appears to have a fascinating life

Anna Gristina was born in Scotland and was adopted by an older couple who already had five children. She fled to the United States when she was a teenager.

Anna Gristina is currently on her third husband, a man named Kelvin Gore, who “made headlines as a teen for saving his mother from a knife-wielding rapist.” Her former husband, Dario Gristina, is currently running for New York State Assembly as a conservative Republican. Her first husband was named Fernando Park; they divorced by the time Gristina was 24.

Anna Gristina has four children. The New York Post reported that the couple did not initially tell the youngest son that his mother had been arrested, and the kid thought his mom was dead. He has since been informed that she is in fact alive, Gorr said, “He’s feeling better now.”

When police arrived to arrest Madam Anna Gristina at her Manhattan home, they instead found a wild boar, which proceeded to chase an officer around. Apparently the family owns three rescued dogs and six rescued pot-bellied pigs. Susan Madigan, who runs Ross Mill Farm and Piggy Camp, said of Gristina, “When people love pigs, in my opinion, they are special and unique, and in my opinion, the chosen ones, because they’re just such a special animal, highly intelligent, emotional animal, so it’s like working with orphans.”