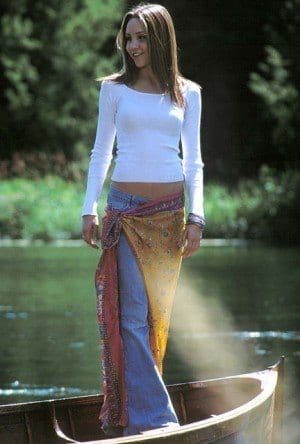 Jillian Bynes is the latest victim in the ever more bizarre and disturbing Amanda Bynes saga. Amanda Bynes used Twitter to call her sister and several celebrities “ugly.”

First off, it’s pathetic that the best insult she can come up with is that a person is ugly. That’s the equivalent of saying “I’m a complete idiot with a vocabulary composed of only four-letter words.” That is the kind of insult a five-year-old would think of.

Her list of ugly people include Modern Family star, Sarah Hyland and her boyfriend, Matt Prokop, singer Drake, her sister Jillian Bynes and actor Zac Efron. Clearly the drugs have completely destroyed her brain if she thinks Zac Efron is ugly. But how could she be such a bitch to her own sister?

Personally, I think she’s just doing it for the attention (I know “Duh!”). She posts these derogatory tweets and then deletes them, but not until someone has a screen grab of them. She’s playing games, and now she’s dragged Jillian Bynes into it.

Now I can’t say this for a fact, but I doubt Jillian Bynes did anything to provoke Amanda Bynes’ Twitter wrath. I feel so bad for her that she can’t deny being Amanda’s sister. That’s really a terrible burden to bear.

So what will she do next? I’m hoping nothing, because I’m tired of writing about her, but that’s not likely to happen.

Amanda Bynes, get your shit together!