Today, selfies are used to document our own histories with an endless stream of photos and hours dedicated to achieving the perfect candid photo. It therefore makes its incredibly easy to forget the wider documentation process of “selfies” throughout history from capturing famines and major sporting moments to portraying the aftermath of warfare and natural disasters – all in the hope of preventing them from happening again. We uncover history’s most iconic photos – the antithesis of today’s modern selfie culture.

Kevin Carter’s “The Vulture and the Little Girl”

Initially mistaken for a girl, this photo captured by Kevin Carter depicts a Sudanese boy struggling to make his way to the food center set up by the United Nations. After Carter sold the photo to the New York Times, he faced immense criticism for not helping the boy and even allowed the vulture to approach the boy further for a more dramatic shot. It was only twenty minutes later, that Carter chased the vulture away; according to sources,the pictured boy survived, yet died years later at aged fourteen from malarial fever.

Although Carter was awarded the Pulitzer Prize for capturing the image, he took his life the subsequent year in 1994, “haunted” by his memories of the civil war and the famine in Sudan.

The appearance of the photo in The Vidette-Messenger of Valaparaisoon the fifth of August, was at first believed to be fabricated, with many believing the mother had been paid to pose. Mrs. Lucie Chalifoux is the face behind the pregnant mother, shielding her face from the scrutinising gaze of the camera. She and her husband had felt forced to sell their four children, due to impending eviction from their home. Her four children were Lana, aged six and Rae, aged five, who feature on the top step of the photo, alongside Milton, four and Sue Ellen, aged two both on the bottom step.

The four children suffered extreme physical abuse at the hands of the families they were sold to and were never officially adopted by them; the Chalifoux’s daughter, RaeAnn Mills was also kidnapped and raped in her adolescent years, which resulted in a pregnancy. Things took a better turn for David – the child Lucie Chalifoux was pregnant with at the time of the sale. David was legally adopted by Harry and Luella McDaniel, who offered him a strict yet supportive and loving childhood.

The above picture taken in New York City’s Times Square on the 14thof August 1945, shows a U.S Navy sailor kissing a random woman on Victory over Japan Day, commonly referred to as V-J Day. Victory over Japan Day refers to the day, Imperial Japan surrendered and thereby, effectively bringing World War Two to an end.

Photographer, Alfred Eisenstaedt recalled the moment in his book, Eisenstaedt on Eisenstaedt (1985): “In Times Square on V.J. Day I saw a sailor running along the street grabbing any and every girl in sight. Whether she was a grandmother, stout, thin, old, didn’t make a difference. I was running ahead of him with my Leica looking back over my shoulder but none of the pictures that were possible pleased me. Then suddenly, in a flash, I saw something white being grabbed. I turned around and clicked the moment the sailor kissed the nurse. If she had been dressed in a dark dress, I would never have taken the picture. If the sailor had worn a white uniform, the same. I took exactly four pictures. It was done within a few seconds.”

On the 13thof November in 1985, Columbia’s volcano, the Nevado del Ruiz erupted. Volcanic mudflows thereafter descended downwards, cloaking the town of Arnero and killing an estimated 23, 000 people. The haunting, entirely black eyes of thirteen-year-old, Omayra Sanchez, became a momentous signifier of the catastrophic consequence of Colombia’s volcanic eruption.  Omayra Sanchez was left trapped in the debris of the eruption, and while rescue workers were able to free her form the waist up and place a tyre over her to stop her from drowning, her legs remained trapped under the rubble.  The medical supplies required to perform an amputation could not be acquired and ultimately, rescue workers decided the more humane solution would be to allow her to die.  Her ordeal lasted three days and during that time, aid workers and local farmers sang to her, fed her and tried to comfort her.  She died on the 16thof November with the likely cause being hypothermia.

Although, the modern day approach to photos in today’s selfie culture is incredibly introspective, it can be a useful tool to understanding yourself better and seeing how others see you. Concurrently, it is important to equally remember the traditional use of photos to empower, inspire and inform. 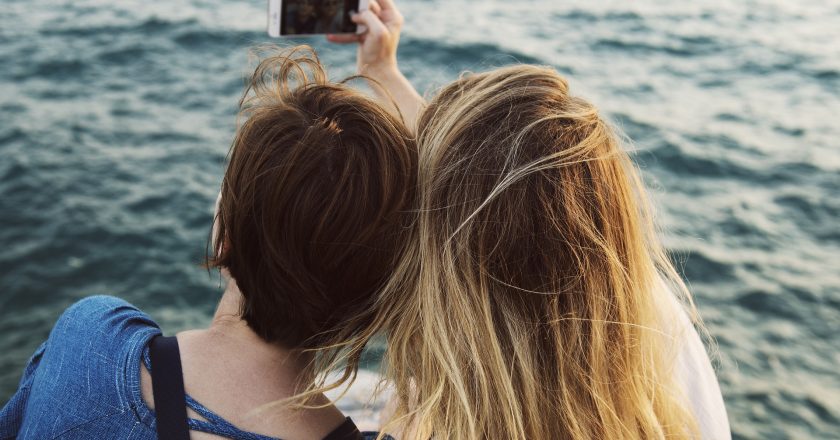