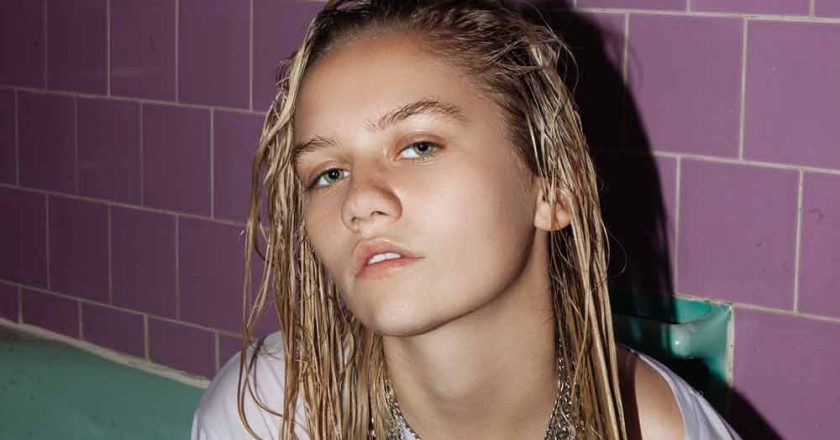 As a rising star on the verge of a major breakthrough, 18-year-old Carlie Hanson is on her way to the top. Originally from Wisconsin, Hanson has had a wild ride since the summer of 2017, with first entering an iHeartRadio contest that landed her connections to record producers in Canada and eventually to California—that’s a lot of travel for someone who wasn’t even an adult at the time. Fast forward to over a year later, Hanson is in the making of a brand new EP, gaining touring experience, and getting over the initial nerves of performing live. We had an opportunity to chat with Carlie Hanson on everything she’s been up to in the last year and a half.

College News: So you just got off of a tour with Jeremy Zucker, what was that like?

Carlie Hanson: Going on tour with Jeremy was so much fun. I’m so grateful [that] he brought me along. We toured around the midwest and east coast in a van, and I fucking loved it. Playing in those small, sweaty venues made me realize how lucky I am to be doing what I’m doing. Every night I got to be so intimate with the crowd, and that was my favorite part.

CN: You’ll be opening up for the Troye Sivan tour this fall, are you nervous at all? Or more excited?

CH: Before joining the Bloom tour, I was very nervous, but I was fortunate enough to tour with Jeremy beforehand. I gained so much more confidence and became way more comfortable on stage. Now, I’m nothing but excited!

CH: My favorite part about touring is that I’m literally just living and breathing music. I eat, sleep, wake up, talk about music, and then go perform. It’s fuckin’ insane! I also love meeting new people and seeing people sing along to my songs. There’s nothing I don’t like about touring yet, except sometimes it’s hard to sleep on the bus.

“Playing in those small, sweaty venues made me realize how lucky I am to be doing what I’m doing”—Carlie Hanson

CN: In 2017, you first released Why Did You Lie?, what has this past year been like for you?

CH: It’s been over a year since I released Why Did You Lie?—that’s crazy to me! This past year has been nothing but amazing to me. I moved to LA, made more music, graduated high school, made some new friends. I can’t complain at all.

CN: Did you think you’d be where you are right now after releasing Why Did You Lie?

CH: I always knew that music is what I would be doing, but I never thought it would happen this quickly. I’m nothing but grateful for the amount of support I’ve received since my first release.

CN: Can fans expect a new album anytime soon? If not, what do you have in the works currently?

CH: I have an EP that will be released very soon!

CN: Are there any artistic or stylistic directions you haven’t taken yet, but would like to experiment with?

CH: I only have one music video out right now, so I’ve really been building up a lot of ideas for future videos. I’m so excited to show the world what my mind’s eye sees for each of my songs.

CN: What is the song writing process for you? Ex. do you write lyrics or the melody first, or does it vary?

CH: When writing any song, it always varies on how it comes about. I’m always writing in my journal, so sometimes I’ll go into the studio with some lyrics or a concept already in mind. Other times, the producer will have a beat made and I will go in on the mic to sing what melodies I hear over it. It’s different every time!

CN: Do you have any advice for those looking to get into the music industry, performance wise?

CH: I was always nervous when it came to performing in front of a crowd. If you’re like me, I learned the only way to get over this fear is to just keep performing. Going on tour with Jeremy was where I really gained my confidence. Show, after show, after show. Practice makes perfect, baby!

CN: Finally, where do you see yourself ten years from now?

CH: In ten years, I’ll be 28. I see myself doing exactly what I’m doing right now. I just want to keep performing and keep going on tour!! It’s so much fun for me. And, hopefully, I’ll be on my own headlining tour by that time.

During the wait for the new EP by Carlie Hanson, be sure to check out Hanson’s new single, Toxins!