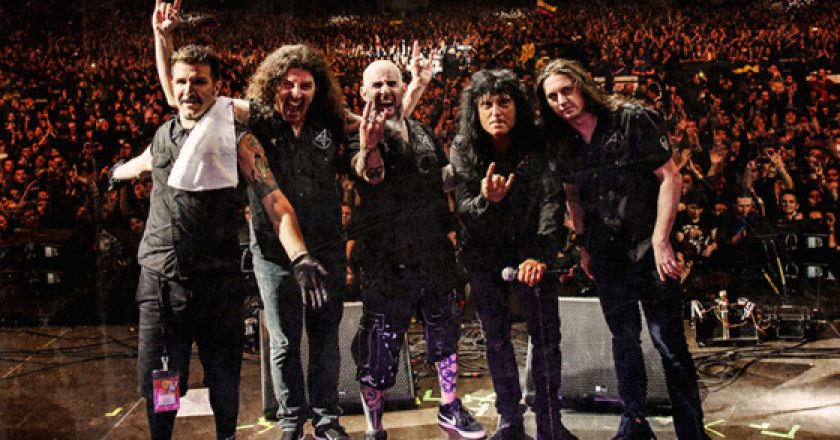 We reviewed For All Kings, which is due out February 26

Anthrax is back with a new facemelting album! Not since 2011’s Worship Metal have we heard a full album from thrash metal titans, Anthrax. Since that album the band went through their band member musical chairs this time the exiting band member was lead guitarist Rob Caggiano who left Anthrax to join Danish metal band Volbeat. Guitarist Jon Donais, who took the reigns and contributes on the latest album release, For All Kings, then replaced Caggiano.

Scott Ian, dubbed For All Kings as “The most metal record we have made in a long, long time”, and I must say that I agree. This album is also probably the closest we will ever get to the original Anthrax from 33 years ago with Joey Belladonna appearing on the second album since Persistence of Time.

You will also like: We interview Chuck Billy and review his heavy metal vape

Out of all of the tracks, “You Gotta Believe”, definitely gives off the most vintage metal feel, bringing in some 80s metal riffs, which Donais is clearly influenced by. Donais is a great addition to the band giving them a newer, more polished sound that highlights their maturity and growth throughout the decades.

This album is pretty much dark throughout after “You Gotta Believe”, the title track “For All Kings”, is probably the most aggressive and ominous on the whole album. It also has a face disintegrating guitar solo on there that definitely solidifies Donais as a great choice for the band.

Probably the most political track on this album is “Evil Twin”, which was inspired by the Paris terrorist attacks. This probably the most metal song on their album and my favorite track. Belladonna shows he still has it with his powerful vocals sailing over those infectious guitar riffs.

“Blood Eagle Wings” is also one of my favorites on the album, because it gives off a grunge vibe, similar to Alice in Chains or Soundgarden, but also keeps the thrashy, speedmetal vibe that they are known for.  All around For All Kings is an awesome album that not only is awesome to listen to, but will translate really well while touring as a live show.

For All Kings is due out February 26 via Megaforce and you can catch Anthrax on tour with Lamb of God in the dates below.

You will also like: Wizards on Winter cured my cold heart 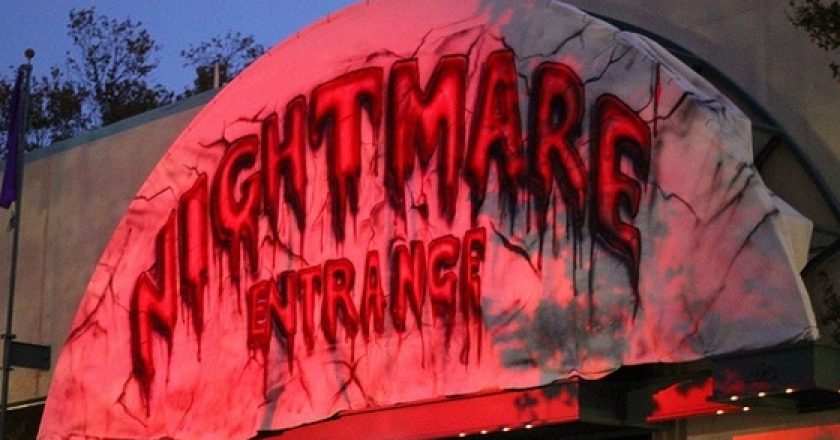 The traveling freak show came to Chicago for its second year

Rob Zombie has brought his traveling freak show to the Chicagoland area for another spooktacular Halloween season and College News reviewed Rob Zombie’s Great American Nightmare. Rob Zombie’s Great American Nightmare was created inside of the Odeum Expo center for the second consecutive year with more intense haunts than the previous year. If you are like me, than Halloween fills you up with a kind of giddiness that only small children who receive puppies of Christmas feel—in other words, Halloween makes me super excited.

I attended Rob Zombie’s Great American Nightmare the year before and it was really nicely organized and a fun time. However, this year there were a couple things different that really took away from the experience and made this go around seem like a money grab.

First, upon receiving my press passes I noticed that I also received a red card. I assumed this red card was some sort of fast pass or something for me to receive a free drink—boy was I wrong. When I approached the first haunt the scarily dressed bloody character asked me for my red card. “Does this mean I can only go through the haunts one time?” “Yes,” the bloody character responded. I was astounded since the previous year they allowed you to go through the haunts as much as you pleased. This wasn’t the only disappointing aspect of the night.

I came to Great American Nightmare on a Rob Zombie concert night, which means the price of the tickets were a little more costly than non-concert nights. Tickets came in three tiers that were labeled General Admission, VIP 1 and VIP 2. If you had General Admission you were pretty much fucked. GA meant that you didn’t have access to the concert floor (where the bathrooms were inconveniently located) and you had to wait in the regular lines for the haunts. If you had VIP 1 or VIP 2 entrances then you had floor access to the concerts and quick access to the haunts, however for all 3 tiers you still only got to go through once.  I know it is like this at most haunts, but last year seemed much more organized and smooth with being able to go through the haunts as much as you wanted.

The haunts this year was AWESOME! As a horror buff, the effects were more realistic and at the beginning they even had you put on a black hood and pushed you through the first part of the haunt in complete darkness while characters guided you through and whispered perverted nothings in your ear. If you know anything about Rob Zombie movies, then you know that perversion was pretty much the theme of the night with ‘The Devil’s Rejects’ and ‘Captain Spaulding’s’ clown school being fully of crotch touching and sexual innuendos. ‘The Devil’s Rejects’ haunt was pretty frightening with a ton of disturbing scenes to seer in the back of your mind. One thing that stood out was the smell in some parts of the haunt. It smelled like rotten carcass mixed with cat litter; it was probably the most disgusting part of the whole event.

The last haunt was an ode to Zombie’s upcoming film ‘31’, which is about a troupe of clowns that torture and terrorize poor individuals. This last one was probably the least scary for me, as nothing really stood out as unique from the typical run of the mill haunts.

Zombie always puts on a great show, going through his horror-themed hits. The highlight of the night was when he played “Get On Up” by James Brown, Zombie is a pretty funktastic guy. I’d love to see him do a funk album one day.

As a whole I give this year’s Great American Nightmare 3 screams out of 5.