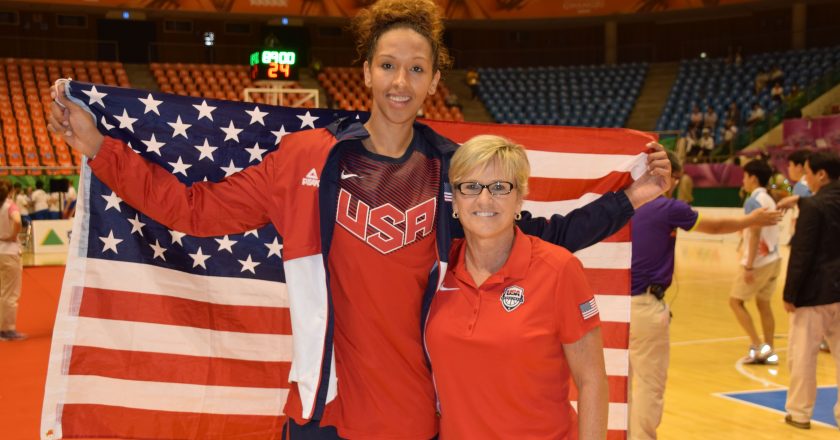 After Pat Summitt step down as head coach, Holly Warlick has been appointed to take her spot as active head coach.

Warlick is not worried about her duties and is excited for the challenge.
“This is what I do,” Warlick said. “I’m a basketball coach and I’ve been it all my life. I’ve learned from the best, so I don’t see it as I’m following a legend. I’m following a mentor who’s prepared me for this opportunity and it happens to be at the University of Tennessee.

Pat Summitt had been the women’s basketball coach since 1974.

Warlick said that she is “very honored, privileged and I’m ready to go to work.”
Summitt’s career includes 1,098 wins and eight national titles in her 38 seasons.
With five seniors leaving, the team has been anxious about prospects since the spring signing period opened April 10.

Summitt , after being diagnosed with dementia less than a year ago, decided to step down from job as head coach. She will still serve as head coach emeritus.
Warlick said, “It’s been really a positive response for us on the recruiting side.” Warlick recently hired two new assistants.

Warlick began her basketball career at Tennessee when Summitt recruited her. During her time there, she was a three-time All-American. She was the first Tennessee athlete to have her jersey retired at the end of her career.

Warlick began coaching at Virginia Tech as an assistant between 1981- 1983 and then left for Nebraska for two years. She rejoined Summitt and has spent the past 27 years there.

Norte Dame Coach Muffett McGraw believe Tennessee’s program will be ran the same with Warlick on board.
“We know that the Lady Vol program will remain strong and vibrant with Holly Warlick as head coach,” McGraw said.

Summitt presented Warlick with her whistle during a news conference on Thursday.