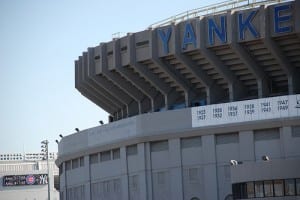 Is it because of their lineup?

The Yankees lost 8-2 Monday in their season opening against their rivals, the Boston Red Sox. How could this be? Many blame their lineup.

The New York Yankees were expected to not do so well after their performance in spring training, and these predictions came true Monday with their defeat.

According to the New York Times, fans began leaving during the seventh inning because of the score and the weather. Cold wind and rain left seats empty and trash strewn across the field.

Yankee Vernon Wells commented on the situation, saying, “At the end, it was ugly out, on the field and off. I don’t blame them for heading home a little early.”

The season opener had the largest audience in five years for the Yankees. The stadium was filled to 49,514 seats, and the game began in sunshine and 62 degree weather. The storm coincided with the progression of struggling of the Yankees’ offense.

The game resulted in the Yankees losing an opening day home game for the first time since 1982, and ending their record streak of hitting a home run on opining day for the past 14 years.

Yankees starter C.C. Sabathia was behind at the start, and the Yankees had very little opportunity to catch up to the Red Sox.

Sabathia commented on the situation, saying, “Anytime you’re missing those guys, you’re talking about some of the best players in the game – it’s going to be a little bit different. But we know what we have to do and who’s not here. That’s not an excuse. We’ve had injuries last year and the year before.”