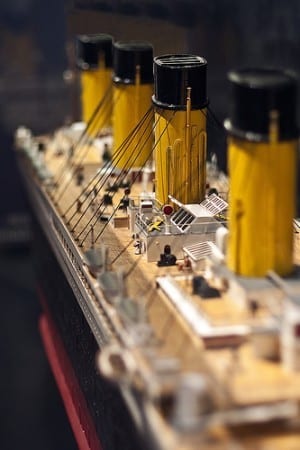 Titanic II is not referring to the horror sequel but to an announcement from Australian billionaire Clive Palmer. He has commissioned a shipyard to build the Titanic II. He plans for the Titanic II to make her maiden voyage in late 2016 from England to New York, just like the original.

The Titanic II “will be every bit as luxurious as the original Titanic, but … will have state-of-the-art 21st -century technology and the latest navigation and safety systems,” said Palmer. The project that he is calling “a tribute to the spirit of the men and women who worked on the original Titanic” was announced today, weeks after the 100th anniversary of the sinking of the original.

According to Palmer, the Titanic II will have the original dimensions, 840 rooms and nine decks, though it will be considerably smaller than modern luxury cruise liners. “From a marketing point of view, many will embrace it and perhaps there’ll be some that wouldn’t,” said Brett Jardine, general manager for Australia and New Zealand in the industry group International Cruise Council. “If you’ve got a niche, it’s going to work. Why go out there and try to compete with the mass market products that are out there now?” he added.

The Titanic II will be diesel-powered but will still have the four iconic smoke stacks for decoration. There will also be slight changes to the production of the Titanic II, especially the design below the water line. It will include welding instead of rivets, a bulbous bow for better fuel efficiency and an enlarged rudder and bow thrusts for increased maneuverability.

Although Palmer did not provide a cost estimate, he told a news conference that previous attempts at replicating the Titanic failed because those behind the creating failed to raise enough money and to commission a shipyard. Palmer is reportedly worth over 5 billion Australian dollars ($5.2 billion).  As the fifth-richest Australian, Palmer built his fortune on real estate and coal mining. The Titanic II is the first of four luxury cruise ships he has commissioned the Chinese shipyard to build.