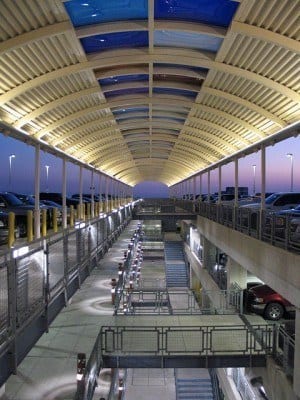 San Antonio International Airport was shut down and an evacuation ordered Wednesday just after 2 p.m. when airport officials received a “very specific threat” that alleged three packages had been left in the basement of the short-term parking garage. According to police, the caller, who has yet to be identified, also made unspecified threats against both airport terminals.

Airport officials soon evacuated passengers onto the tarmac and sent arriving planes to spots at a safe distance from the gates. Bomb squads investigated terminals A and B and determined they were clear of any threats.

According to San Antonio Police Chief William McManus, bomb-sniffing dogs hit on three cars in the basement level of the parking structure “as if there could possibly be explosives.”

All three cars were later deemed free of explosives and, according to airport spokesman Rich Johnson, the “all clear” was given at about 5 p.m., allowing the airport to reopen.