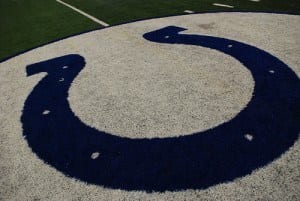 Ryan Grigson has been hired as the new general manager of the Indianapolis Colts.

As the Washington Post reports, Grigson will be facing some major decisions as soon as he officially steps into the role of GM. Among things Grigson must consider are whether to keep Jim Caldwell as coach, and whether to build his team around MVP Peyton Manning or No. 1 draft pick Andrew Luck, formerly of Stanford University.

Grigson spent nine years with the Philadelphia Eagles, first as college scouting director and then as director of player personnel.

In a conference on Wednesday, owner Jim Irsay said, “I picked Ryan (Grigson) because he had a vision.”

Grigson commented, “I want to thank God for giving me this opportunity.”