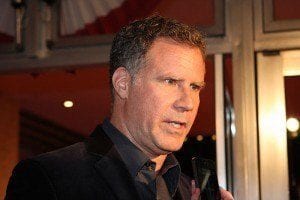 Ron Burgundy is returning with the Channel 4 News Team after nearly a decade has passed in both universes. Will Ferrell last donned his trademark ’70s mustache and coif for the original “Anchorman” in 2004, and his counterpart Burgundy will face the challenge of adjusting to the 1980s in his new 2013 adventure as shown in the official trailer released Wednesday.

In “Anchorman 2: The Legend Continues,” Burgundy and his team of Channel 4 correspondents (reprising Steve Carell and Paul Rudd) relocate from San Diego to New York to fill new jobs at a 24-hour news channel. CNN, Fox, MSNBC jokes are nothing short of imminent with Ferrell declaring in the trailer: “I’m going to do what God put Ron Burgundy on this earth to do…Have salon-quality hair and read the news.”

More characters join the mix with Burgundy, including James Marsden, Kristen Wiig playing an off-beat love interest for Carell’s Brick Tamland, and Meagan Good as a prospective girlfriend for Burgundy.

While the original “Anchorman” dealt with Burgundy and associates dealing with women in the workplace, “The Legend Continues” will explore race relations—with Ferrell in the lead, we know how this’ll go. One scene that surely serves as an indication is where Burgundy tries “assimilating” with Good ’s family during dinner, and it makes for a hilariously uncomfortable situation where Burgundy completely fails at cultural sensitivity.

Finally this official trailer is released after an astoundingly long promotional campaign. Online public interest was ignited with a few extremely early teasers that reintroduced us to the recurring characters but not much else. The original teaser was released in May 2012 at about the time that work on the script was reported to have gotten underway. Filming didn’t start until March of this year, and even after the official trailer was released Wednesday, the film still won’t come out until December 20. It’s like the idea was being promoted more than the movie, and with this much anticipation, hopefully it’ll be worth the wait.