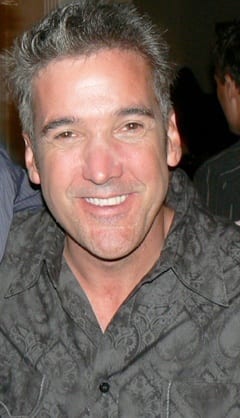 Dave Kraddick, known by moniker Kidd Kraddick, died yesterday at age 53. He was the host of the Kidd Kraddick in the Morning show, a Texas-based radio program that focuses on pop culture commentary and discussion.

Kidd Kraddick died in the New Orleans suburb of Gretna, where a golf function was being held for the radio and TV host’s non-profit The Kraddick Foundation. YEA Networks, who syndicates Kidd Kraddick in the Morning, released a statement to the press in regards to his death:

“All of us with YEA Networks and the Kidd Kraddick in the Morning crew are heartbroken over the loss of our dear friend and leader,” the network statement said. “Kidd devoted his life to making people smile every morning, and for 21 years his foundation has been dedicated to bringing joy to thousands of chronically and terminally ill children.”

While the exact cause or circumstances of Kidd Kraddick’s death are still a mystery, his publicist Ladd Biro said that the details would be released “at the appropriate time.”

Originally from Napoleon, Ohio, Kidd Kraddick made his radio debut in Tampa, Florida. It wasn’t until he moved to Dallas in 1984 that he really broke into the industry. In the years that followed he built a steady fan base and rose in the radio/TV world, garnering several awards in the process.

According to Biro, Kidd Kraddick in the Morning show is played on “more than 75 Top 40 and Hot AC radio stations and is a leader among most-listened-to contemporary morning programs,” he said. In addition the program is broadcast globally via American Forces Radio Network and the cast of Kidd Kraddick in the Morning are featured on the nationally syndicated TV show Dish Nation.

His charitable works with The Kraddick Foundation set to bring joy to children who have terminal or chronic illnesses or are accident victims. According to the non-profit’s website The Kraddick Foundation’s main event is “Kidd’s Kids,” which flies children (age 5-11) and their families to Walt Disney World for 5 days every November.

YEA Networks has yet to comment on the future of Kidd Kraddick in the Morning without its host and namesake. They did however remark on Kidd Kraddick’s last day, saying:

“He died doing what he loved, and his final day was spent selflessly focused on those special children that meant the world to him.”