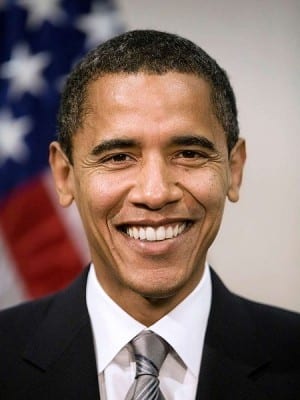 During a nationally televised sit-in with ABC anchor Robin Roberts President Obama took a direct stance in support of same-sex marriage. Stating his views have “evolved” over the past two years.

“I had hesitated on gay marriage in part because…I was sensitive to the fact that for a lot of people, the word marriage was something that invokes very powerful traditions and religious beliefs.” Adding on to his views, “I’ve always been adamant that gay and lesbian Americans should be treated fairly and equally.”

It’s apparent that the president feels torn between equality for all and religious beliefs, but eloquently affirms his convictions between the two, “The thing at root that we think about is, not only Christ sacrificing himself on our behalf, but it’s also the golden rule — you know, treat others the way you would want to be treated.”

Earlier this week Vice-President Joe Biden and Education Secretary Arne Duncan both believe same-sex couples should be treated equally to their heterosexual counterparts. The pressure for the President to release his position on the highly controversial subject on same sex marriage, in light of the passed amendment in North Carolina, was made in hasty decision to have the sit-in interview with Robin Roberts.