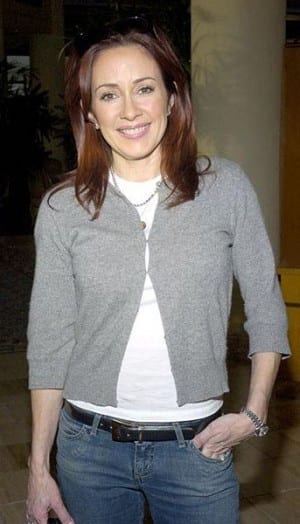 Admits she was out of line

Patricia Heaton has apologized for her insensitive tweets against Sandra Fluke last week.

The former Everybody Loves Raymond star, Patricia Heaton was one of the few to back up Rush Limbaugh in his tirade against the Georgetown law student, posting tweets such as:

“If every Tweaton sent Georgetown Gal one condom, her parents wouldn’t have to cancel basic cable, & she would never reproduce — sound good?”

The controversy began when Limbaugh attacked Fluke on his show, calling her a “slut” and a “prostitute” for her advocacy of insurance coverage for birth control. Limbaugh has since issued a public apology.

On Saturday, Patricia Heaton also apologized to Fluke via Twitter before temporarily deleting her account. “Mea culpa Sandra Fluke! Wasn’t being respectful 2 u re my tweets as I hope people wd b w/me. Don’t like you being dissed -so sorry.”

Patricia Heaton returned to Twitter Monday with stating, “I apologized to Ms Fluke last week. I may not agree with her views but I didn’t treat her with respect and I’m sorry. I was wrong. Mea Culpa.”

Heaton replied, “That’s a good quote – I don’t feel it applies to me!”