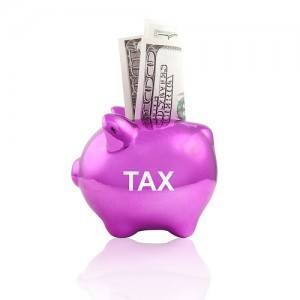 Almost 100,000 failed to file their taxes in 2009. The unclaimed refunds may be added to US Treasure.

The Internal Revenue Service says it has $917 million in tax refunds from 2009. The time to claim those funds expires in just a few weeks on April 15. Those who did not file in 2009 are encouraged to do so immediately. The IRS says there is no penalty for tax payers who file a late return that qualifies for a refund.

The nearly 1 million who failed to file their taxes in 2009 will be giving a three-year window to claim refunds. If they fail to do so, the remainder of the $917 million will be added to the US Treasury. If they didn’t file in 2010 or 2011 either, there may be a delay on their refund.

Child support, student loans, and unpaid state and federal taxes will be a factor in how much of a refund late filers will receive. If any of those accounts are in the negative, the refund will be put toward those amounts.

According to Yahoo News, most refunds exceed $500 and are owed to residents in every state and the District of Columbia. The amounts range from $1,397 belonging to 1,700 individuals in Vermont to $92,590 for 100,700 individuals in California.

Many low and middle-income tax payers did not file their taxes because their annual income did not meet the requirements to file.

The Internal Revenue Service is concerned that tax payers are missing out on the benefits of the 2009 Earned Income Tax Credit which awarded some families, who filed jointly with three or more children, over $48,000. Those without children earned about $13,440.

2009 tax forms can be found on the Internal Revenue Service website, at irs.gov. They may also be found and filed with a tax-preparation firm. H&R Block, however, may not be the best tax-preparation giant to consult as they are now under fire for a system glitch that has about 600,000 tax payers waiting an additional six weeks for refunds.