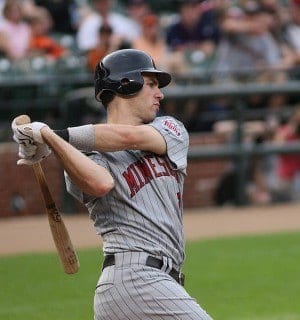 Possible waiver move could land Mauer in Boston, though not likely

Joe Mauer has been placed on waivers by the Minnesota Twins, causing some uneasiness in Twin Cities’ sports fans. But is a potential trade really something to fret about this late in the season, especially after the blockbuster trade that moved Adrian Gonzalez, Carl Crawford and Josh Beckett to the Dodgers?

Placing Mauer on waivers raises the question as to whether a potential trade would even be possible given the All-Star catcher’s multiple zero-laden salary. Highly doubted, but if any team were to zero in on the three-time American League batting champion, the depleted Boston Red Sox is that team.

The Bo Sox have saved $250 million in the trade that sent three of their top players to L.A., more than enough to complete the $142.5 million Mauer has left on his contract with the Twins. And if Red Sox GM Ben Cherington decides to fork over the money for Mauer, Minnesota could see some potential growth in the money received from their hometown hero.

But will the Twins really trade the hometown kid? They are entertaining offers right now by placing Mauer on revocable waivers, but that’s just it. It’s only entertainment until we see any team making a push for Mauer, who had a forgetful 2011 season where the catcher was plagued with injury.

2012, however, has made the 2011 season seem like only a bad dream for the heavy hitting behind-the-plate slugger who has played in 120 games, hitting .309 with eight homers and 66 RBIs.

A move to Boston could improve Mauer’s numbers that have been lagging since the Twins’ move to their new stadium Target Field, but it seems that Mauer will still be playing ball in the Twin Cities come noon today.

Mauer, who has made the MVP voting list four out of the last six years, denied offers from the Yankees to remain in his hometown. Mauer’s loyalty to the Twin Cities has been tested before, and it seems that this is just another one of those tests.

For Joe to jump ship on the Twins just wouldn’t be his style.