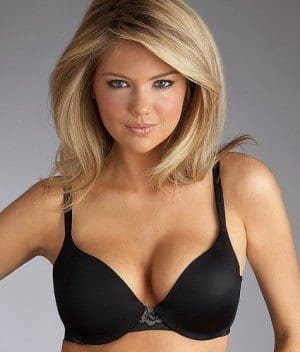 Kate Upton is judged for her weight after a fashion show

Sports Illustrated cover model Kate Upton could ruin the chances of the Detroit Tigers’ home run scores, now that she is allegedly dating its pitcher, Justin Verlander. And in the meantime, women are judging her for the message her weight sends to the nation.

According to the Examiner, Upton and Verlander were seen at an Aerosmith concert together, as well as at clubs and bars.

And after her covers on GQ men’s magazine and Vogue, writers began to swarm the net with their comments on her physical appearance. People are surprised that Kate Upton is associated with fashion.

According to OnTheRedCarpet, Skinny Gossip criticized Kate Upton for her weight after photos were released of her modeling in a runway show. The website complained of Upton’s image and its influence on women.

“Is this what American women are ‘striving’ for now? The lazy, lardy look? Have we really gotten so fat in this country that Kate is the best we can aim for? Sorry, but: eww!” wrote the magazine after Upton modeled in a runway show.

Skinny Gossip contributor Skinny Gurl posted a photo of Kate Upton’s face, with a slogan reading, “What’s that under my chin? Oh! That’s just my other chin.”

The Atlantic Wire contributor Jen Doll wrote sarcastically that the appearance of Kate Upton on GQ and Vogue’s covers is inspirational to the fashion world. According to The Atlantic Wire, what people are most concerned about is the lack of recognition for those women who are not suffering from an eating disorder, but appear healthy instead.

The 20-year-old professional model caused her photography crew to get kicked out of an amusement park, when the top of her one-piece fell and exposed her. Kate Upton said she began to blush and immediately covered herself, but that did not stop the staring.

Another way fans might recognize Kate Upton is by her performance of the Dougie dance online and her dance to Rej3cts’s Cat Daddy in nothing but a bikini.