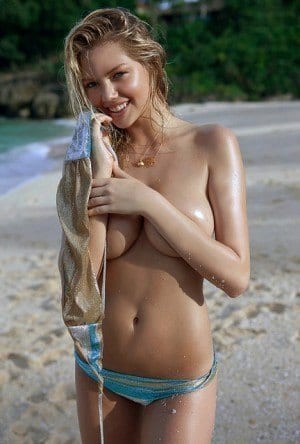 Supermodel to be in 2012 Topps baseball card set

Kate Upton is about to get her own baseball card.

Well, it’s not technically called a “baseball card,” since Kate Upton doesn’t actually play the sport, but it is made by Topps and will be included in the 2012 summer series of their baseball trading cards.

19-year-old Kate Upton shot to stardom when a video of her doing the “Dougie” at a Clippers game was uploaded to YouTube last year. More recently, the blonde bombshell performed the “Cat Daddy” wearing an itsy bitsy red bikini in a video directed by Terry Richardson, which amassed almost 750,000 views in the 24 hours before it was temporarily removed from YouTube for violating the site’s rules on sexual content. She is also a star at Sports Illustrated, which is how she managed to snag a card of her own.

Baseball card collections used to be a staple in American culture, but with the advent of technology, this once beloved pastime has fallen by the wayside. Including the voluptuous Kate Upton in the new series of cards might be just the trick for Topps to stay in the business.

The new series debuts in July and is modeled after the Allen & Ginter “world champion” cards produced in the 1800s. The cards featured paintings of the players and were distributed in cigarette packs. The set was known for featuring non-athletes, as well as baseball players.

Kate Upton’s card features the model in a red dress she wore at the SI Swimsuit launch party, and according to ESPN, a limited number of cards signed by the model will be packaged in the set. ESPN also reported that Upton will provide a piece of clothing, which is to be cut up and the pieces placed into Relic cards.