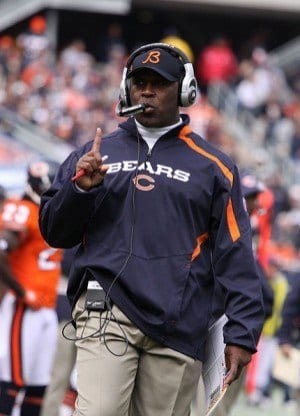 The Chicago Bears have some more bad news to swallow along with Sunday’s 38-14 loss to Seattle’s Seahawks.  Wide receiver Johnny Knox will be out for back surgery, says CBS News.

About four minutes into Sunday’s game, when Knox dove for the ball, he was hit by Anthony Hargrove and got bent backward.  He stayed on the ground for almost 10 minutes before being carted off the field.  He will have surgery on Monday to stabilize a vertebra in his lower to mid back.

The Bears said the injury is not career-threatening.  Coach Lovie Smith told reporters, “He has total movement throughout his body, has total use of all his extremities.”

Knox’s injury is another hole the team will need to patch up after also losing Jay Cutler to a broken thumb and Matt Forte to a sprained knee in recent weeks.  Receiver Sam Hurd’s arrest on federal drug charges in the days leading up to Sunday’s game also shocked the team.