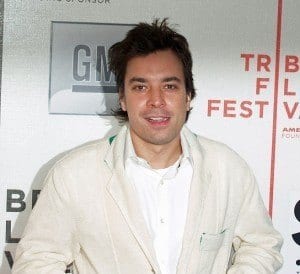 President Obama makes an appearance on the Late Night

Obama was greeted by Jimmy Fallon on stage by a roar from the audience, stating “I’m President Barack Obama and I, too, want to slow jam the news.”

While no introduction was needed, the president’s appearance was apt, given that he addressed the university on the rising interest on federal Stafford loans, noting that students, if congress doesn’t work together, may be paying an extra $1000 per year for their education.

It also turns out that Fallon likes to call the president “The Prezzy of the United Steezy.”

Keeping with the energetic tone of the evening, Jimmy Fallon’s rendition of The Walk of Shame with Dave Matthews was also a topic that students across the nation could relate to.

“This ain’t my room. Had a crazy night. Now I know what I got to do. Walk of Shame […] walk of shame. I got my drink on. I got my dance. Now I’m walking home with someone else’s pants on. Across the quad, pulled my hat down low. Saw a group of friends that I pretended to did not know.”

Fallon spoke of Matthews appearance on the show saying, “He wasn’t originally the musical guest, but we had a last-minute cancellation by the Tupac hologram.”

Fallon is also expected to release his comedy album Blow Your Pants Off June 12.